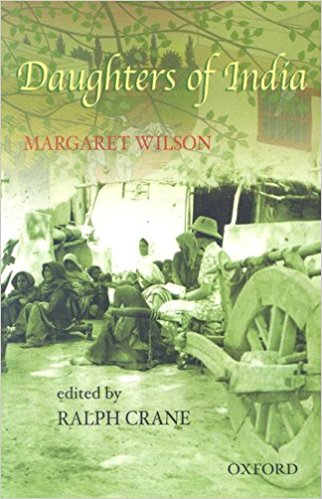 Fiction written in the past affords us authentic glimpses of that era and also an insight into the social psyche of different groups of persons of that period through imagined characters. The poor plight of Indian women and lower classes was a strong theme in British colonial propaganda to legitimize its presence in India. Conversion and education were the twin aims of missionaries who while serving to whitewash the imperialist’s designs also found themselves at odds with the colonizer’s oppressive, cunning manipulation and administration of natives. All these themes surface in Margaret Wilson’s Daughters of India which plots the lives of two fictional  American missionaries, in a town called Aiyanianwala in Northern Punjab in the 1920s and is based on Wilson’s own experiences in India. Against the narrative of colonial rule is a counternarrative of missionary intervention and against both these narratives is the counter narrative of female assertiveness in a colonial as well as feudal context. Aiyanianwala is an unglamorous town with a ‘basti’ of low caste persons on its outskirts who eat carrion; they seek transcendence of their class, caste and status by converting to Christianity. The town’s main entertainment is the proceedings at court. The town ‘had no books. It had no newspapers. It had nothing like football, baseball, tennis, golf. It had no theatres. It had no wireless. The proceedings of the court room took the place of all this’ (p. 125). On the one hand we see the impact of modernization under colonial rule in the mention of western games, wireless, theatres; on the other, Wilson deliberately creates a stark, unromantic site to present her perceptions of the subtleties of colonial  and feudal impacting on the local populace.