A Call for Reform 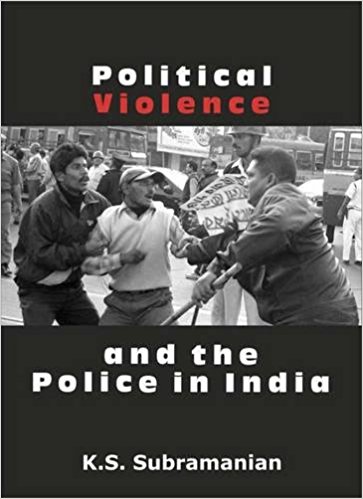 The long process of decolonization in the Indian subcontinent shortly after the end of World War II brought freedom to many Asian and African countries also generated a variety of social and political tensions in most postcolonial societies, exposing their political and administrative systems to a multitude of stresses and strains. This was inevitable since the course of nation-building often required historically diverse communities to merge their separate and distinct identities into an integrated nation-state, setting off struggles and conflicts arising out of real or perceived grievances nursed by subaltern groups and communities due to historical, ethnic or cultural hegemonies. While many new African nations plunged into tribal warfare and genocidal killings because of still strong tribal bonds, South Asian nations, successors to the British Indian empire, increasingly became hostage to regional, religious, sectarian, linguistic and secessionist pulls and pressures.

However, while sectarian and religious schisms and discords continued to provoke violent conflicts in society as during colonial rule, several other factors pertaining to socio-economic deprivations and claims of separate identities and ethnicities emerged as the key activators of unrest and turmoil from about the last quarter of the 20th century and beyond. Underlying these identity and ethnic assertions was a not-so-latent spirit of sub-nationalism that continued to inspire local communities, especially in the country’s Northeast and Northwest. The separatist movements in the peripheral regions that question the very legitimacy of the Indian state’s dominance were spawned by a variety of post-independence developments. It is such a landscape of violence that K.S. Subramanian portrays in the book under review together with, and this is what adds immensely to the value of the work, the response of the Indian state thereto. In doing so, he has delved deep into history, sociology, economics, mass psychology and electoral politics, not to mention administrative dystrophy and political skulduggery, severely affecting the Indian state’s capacity to address and contain the rising tide of social and political unrest and violence, so as to pinpoint the structural and organizational infirmities of the Indian state and its various mechanisms in managing violence and conflict in a turbulent society.

Besides a very comprehensive introduction handling definitions and concepts, the book is schematically divided into eight chapters, each of which deals with a specific facet of the central theme. Chapter 1 depicts selected patterns of significant political violence currently afflicting Indian society and examines the nature and efficacy of administrative and police machinery at the local and national levels in coping with it. Chapter 2 explores the crisis of the ‘Indian police system’, largely a legacy of the British policies and legislations, assigning far too much importance to its paramilitary and repressive political-organizational features and orientation, which has never been seriously sought to be rectified in independent and democratic India. In analysing the state response to political violence, the author treats all the various state organs performing law enforcement tasks such as the state police, the central paramilitary forces, the intelligence bureau (IB) and the ministry of home affairs (MHA), as parts of a collective entity, which he terms as the ‘Indian police system’. Chapter 3 looks at the political use and abuse of the IB, a purely police organization set up by the British to collect ‘secret and political’ intelligence against the nationalist movement, which still functions under the same charter without any public or parliamentary scrutiny. Chapter 4 explores the role of the central paramilitary forces (now numbering nearly a million personnel under arms), raised and trained by the Union government and deployed in the states to support the civil administration in law and order management. Chapter 5 interrogates the role of the MHA in dealing with naxalite violence, now acquiring national prominence as the gravest security threat to the nation. Chapter 6 examines the incidence of violence against scheduled castes and tribes; the most deprived and marginalized sections of Indian society, forming almost a quarter of the country’s population. The author attributes the rapid growth of what is called naxalite violence to retaliatory action provoked by escalating levels of violence against the rural poor and tribal communities. Chapter 7 deals with blatant police partisanship during the 2002 communal carnage directed against the Muslim community in the state of Gujarat. Similar biased police conduct also took place in Delhi in 1984, Mumbai in 1992-93 and indeed in many other parts of the country, clearly sourced to growing politicization and communalization of the Indian police and magistracy over the last few decades. Chapter 8 makes a quick appraisal of the human impact of political violence and an inadequate state response in the strife-torn states of Manipur, Nagaland and Tripura. An important feature of the book is the plentiful data on many aspects of crime and public order that the author has meticulously collected to flesh out arguments.‘

The term political violence’, as the author explains in the introduction, ‘is used in this study in a double sense. It refers to violence that calls for a political response from the state authorities rather than a police response. The latter may be necessary but not sufficient. Second, the term implies that in a situation of large scale institutional malfunctioning, politics acquires an appetite for all spaces, both public and private. Thus all violence becomes political, in a sense. Ironically, in such a situation, the Indian state relies largely on the police machinery not only for information pertaining to social conflict and violence, but also for the analysis and interpretation of the phenomenon of violence in terms of their nature, causes and solutions. The colonially derived significance of the police machinery on such a crucial matter and its influence in determining the state response to violent social movements have {sic} not been adequately studied’. Clearly, therefore, any attempt to address politically-motivated violence merely as a law and order issue to be handled by the ‘Indian police system’, cannot but be severely flawed and counterproductive in terms of its fallout in the affected area as well as other zones of discontent. Since most political violence and movements are rooted in the struggles of the poor and the deprived against exploitation by the rural power structure, often aided and abetted by the organs of an elitist state, the containment strategies must of necessity comprise political management of discontent and a search for long term solutions, the author argues. He also ascribes the enormous growth in the incidence of social conflict in Indian society to three causative factors, namely poverty, social breakdown and civil strife, exacerbated by flawed, inadequate and often unfair state response. There are, of course, other kinds of political violence and conflicts that need political management though they may not necessarily originate in poverty such as the secessionist movements in India’s Northeast, the ongoing militant violence in Kashmir or the Sikh militancy in the Punjab in the 1980s. Obviously, it is both impossible and risky to generalize too much in a study of such vital import, covering such a vast area.

The author adopts a refreshingly audacious nuts and bolts approach in investigating the etiology and remedial measures of the naxalite problem, which lends this study a particularly topical significance. There has been near collapse of the established system of public order management and the virtual retreat of the state from large parts of central and Eastern India due to the phenomenal intensification of naxalite ideology and violence in those areas in recent years. Subramanian rightly attributes the failure of the Indian state to effectively meet the onslaught of naxalism and other violent political movements to the deep crisis afflicting the Indian police system ever since the adoption of a democratic system of governance over half a century ago. The state response to a worsening public order environment can hardly be expected to improve so long as the Indian political establishment continues to dither on the issue of bringing about substantive and deep reforms in the Indian police system due to short-sighted and partisan motives and the system remains hostage to antiquated laws and concepts. In the words of the author, ‘The Indian police system as a whole … is afflicted by organizational, managerial and policy crisis.

Politicization, criminalization, corruption, brutality and human rights violations are eating into its vitals. Public order maintenance and political intelligence take up most of the time of the Indian police with little left for crime prevention, crime detection and service provision. The police leadership has remained a prisoner of the political party in power at all levels and has failed to contribute to organizational renewal and revitalization, research and training and the nurturing of professional skills’ (p. 57).

K.S. Dhillon is a former director general of police, Punjab. He later served as Vice Chancellor of Bhopal University and was a Fellow of the Indian Institute of Advanced Study, Shimla.