Life in the ICS 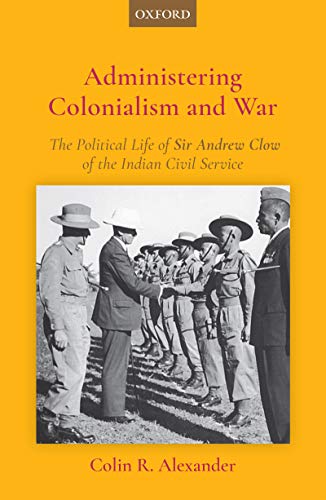 Although Winston Churchill has often been projected, especially in recent times, as one sinister character behind the Bengal Famine of 1943 that wiped out over three million people, what role the members of the hallowed Indian Civil Service (ICS) played in anticipating and combating this largely man-made catastrophe has not been adequately explored. As has been argued by some, the British lost their moral authority to administer India, through the much vaulted ‘Steel Frame’ having failed to avert this human tragedy of epic proportions.

The book under review seeks to address many such questions through an insightful portrayal of the life and career of Sir Andrew Gourlay Clow (1890-1957) who had retired in 1947 having served as the Governor of Assam for five years. While the author has traced the life of Clow—his birth, education at Cambridge, joining the ICS in 1912, marriage and family life, his rise to glory as a representative of the empire, and eventual fading away—his focus has been on how Clow discharged his onerous duties during the final phase of the Raj, especially from the mid-1930s when Britain was anticipating and preparing for the Second World War and facing the nationalist movement within our country. What kind of inner turmoil officers of his ilk had been facing, what kept them motivated in order to adhere to the  strict norms of the civil service, and what sort of frustrations men of such high intellect faced on their way have been articulated by the author in an engaging manner.