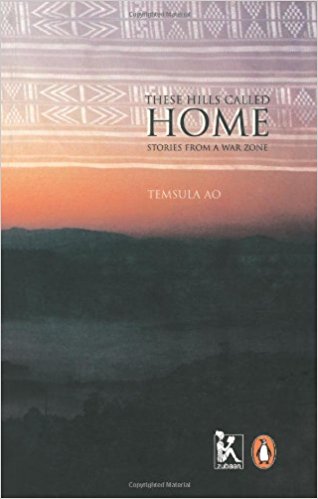 In the Ao Naga tradition, no story-telling is complete without the singing of a ballad, a dirge or a hunting song. “It would not be an exaggeration to say that the poetic element forms the core of any discourse or narration in Ao folklore”, says Temsula Ao in her book The Ao –Naga Oral Tradition (Baroda, 1999). True to this tradition, in These Hills Called Home, the author has combined in herself the poet and the story-teller, the one supplementing the other. Temsula began her writing career as a poet . Her four volumes of poetry — Songs That Tell ( Writers’ Workshop, 1988), Songs That Try to Say ( Writers’ Workshop, 1992), Songs of Many Moods ( Delhi, 1995), and Songs from Here and There (NEHU, 2003), contain songs that sing of bygone days, of nature, love, death and pain. There is a deep sense of pathos in all her early poetry, as though the poet is searching for a medium or a theme that would give a stable rock-like quality to her art . It seems she has found it at last and the joy of that discovery has miraculously transformed her poetry too.<