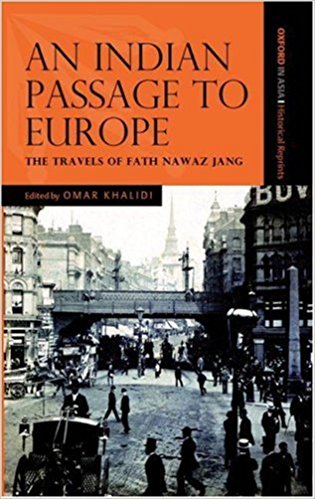 Mahdi Hasan Khan (MHK) was among the outsiders Salar Jung I, Diwan of Hyderabad, brought in when he reformed the state administration. He belonged to Fathpur, now in Barabanki district, UP. From a prosperous Avadhi Shia family, he was educated at Canning College, Lucknow, trained to become a revenue officer and lawyer, and married Ellen Gertrude Donnelly, daughter of an Irishman living in Lucknow. He arrived in Hyderabad in 1883 with a letter of recommendation from Sayyid Ahmad Khan the day after Salar Jung died, was nevertheless appointed Chief Revenue and Judicial Officer for the area around Hyderabad, and rose rapidly to become Chief Justice, then Home Secretary. The title of Fath Nawaz Jang was conferred on him. In 1888, he was sent to London in connection with a case concerning the Hyderabad Mining Company. He kept a detailed diary of his year long travels. The journal was published in London for private circulation and later translated by his friend Aziz Mirza as Gulgasht-I Firang.