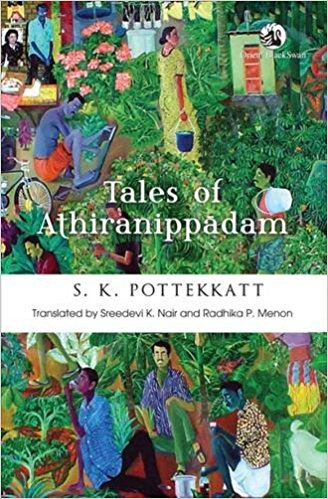 Every writer has this urge to write his life. Tales of Athiranippadam by S.K. Pottekkatt  is a masterly attempt by the author to share the throes of his first love, admiration for father and muted love for mother in the guise of fiction. It takes the reader through the pranks of adolescence and anxieties of being an adult. As the narrative winds its way, we also get vignettes of the land and its many-hued populace. We witness local strife, communal riots and also get a long distance view of the epoch making First World War. Set in the first half of the last century, the novel is a social document that graphically describes life in Athiranippadam, a marshy tract of land that slowly acquires the look of a hamlet. S.K. Pottekkatt ( 1913), is known to the  ordinary and pleasure loving  readers of Malayalam literature as a writer of travelogues. With no academic or theoretical pretensions, he trekked far and wide and gave graphic descriptions of countries, nay continents, till then known to the Malayalee only by name.