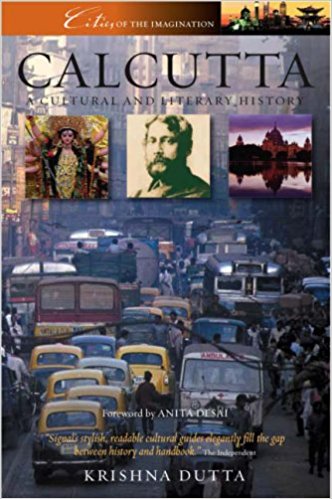 The title of this book reminded me of a conversation I had over kathis in Nizam, New Market, one evening with a non-Bengali friend who loves Calcutta, knows about it as much as anyone else and would not exchange living in it for another. The city had just been renamed and my friend felt betrayed. He sorrowfully observed that the new, conspicuously Bengali name Kolkata was a message to him and people like him (incidentally non-Bengalis had then just been declared the majority in the city) that they did not quite belong to the city. It was the memory of this encounter that instinctively warmed me to this book since it steadfastly retained the more cosmopolitan name of the city. Although I was subsequently a little disappointed by Dutta’s implication of Calcutta being primarily a Hindu city (she frames it by an extensive survey of Kalighat and the Kali), I nevertheless respected the gesture. Calcutta is a book meant for both the tourist and the ‘general interest’ reader. On the whole the book quite nicely mixes the genres of history and the tourist guidebook. Admittedly, it does stagger sometimes under the load of historical bric a brac, especially in the later chapters (such as the one dealing with education) which become a catalogue of achievements by Bengalis written from a high minded sense of duty and fidelity.