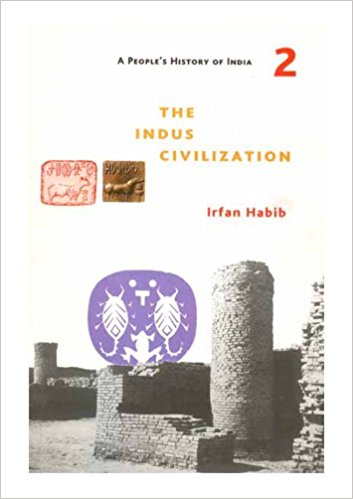 Sir John Marshall, then Director General of the Archaeological Survey of India, used the term ‘Indus civilization’ for the culture discovered at Harappa and Mohenjodaro, a term doubly apt because of the geographical context implied in the name ‘Indus’ and the presence of cities implied in the word ‘civilization’. Others, notably the Archaeological Survey of India after Independence, have preferred to call it ‘Harappan’, or ‘Mature Harappan’, taking Harappa to be its type-site. There is little justification for the name Sarasvati-Sindhu, recently coined to arbitrarily impose a Vedic complexion on the culture.The monograph, Prehistory, the first volume of A People’s History of India had made its intention clear – these volumes were meant for lay readers. Thus, the style of writing was deliberately kept simple “without making it ‘popular’, rhetorical or inexact.” The monograph being reviewed here, The Indus Civilization, the second in the series and by the same author, fulfils the aims of reaching a larger audience. This little book is divided into three parts, the first an introductory section giving the background of the Indus Civilization and dealing with its antecedents.