World Through the Dalit Lens 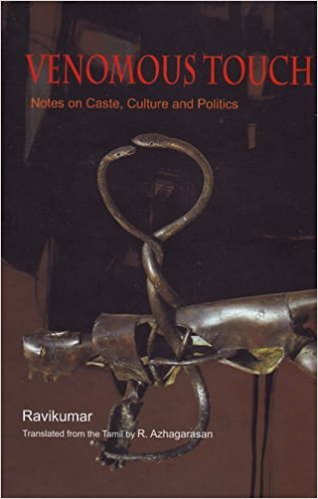 The essays in this book reflect the general intellectual climate of the 1990s in India. Ravikumar’s essays—as Susie Tharu eloquently puts it in the Foreword entitled ‘Labour of Theory’—‘even in the black and white of print . . . carry the grainy texturing of incident and location, and pulsate with the noise and the energies that cross that moment’ (p. xi). Indeed the 1990s was a period when the Indian intellectual was introduced to completely novel ways of seeing the society and the state. In many ways, this period is analogous to the 1960s in Europe, when student movements radically changed perceptions on gender, class, nation, and other identity formations. Despite the similarities, there are differences, mainly of context, between the relevant European and Indian experiences. In the Indian case, what is at the heart of the matter is the very relevance of secular democracy in a caste-ridden nation-state.

It is this caste-ridden system that is the focus of Ravikumar’s book. With his ‘labour of theory’—to use Tharu’s phrase—Ravikumar deftly chips away at the thick brahmanical cultural accretion in socio-political interaction in order to reveal the world according to the dalit perspective. This he does by investigating and analysing a number of contemporary issues like poll violence between dalits and other castes, and the absence of dalit representation in landed property, in the media, in the armed forces, and in the education system. An egregious instance of this last point is that the literacy rate of dalits in Tamil Nadu is only 46.74 per cent, according to the 2000–2001 census figures (pp. 43–44). Notwithstanding this sorry state of affairs, the state government has systematically neglected the Adi-Dravida welfare schools, many of which were started a century ago for the education of dalits, and adopted by the British colonial government in 1939.

Tharu’s phrase, ‘labour of theory’, is fascinating because it aptly reflects Ravikumar’s own concern about the Indian intellectual’s somewhat brahmanical belief that mental processes are superior to physical ones (p. 5).What the author reveals in these essays are the fresh and original mental processes of labouring groups of men and women. Ravikumar laments the fact that, contrary to what Karl Marx believed, technology has not destroyed caste differences.