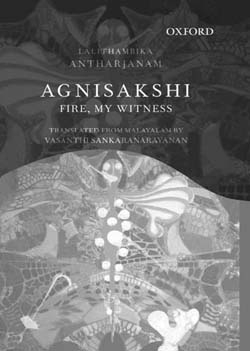 Lalithambika Antharjanam’s work and life are ineluctably linked with the large-scale social and economic changes that Kerala experienced in the twentieth century. Her poetry and her short stories have been chronicles of the troubled, yet hopeful, times. Times that were fraught with social tension and the anticipation of another life and another way of being. Kerala, in the early years of the last century was a particularly harsh society based on rigid caste and gender hierarchies. As can be imagined, the lot of lower caste men and women was to toil and carry the burden of a society that was unimaginably unequal. Women of the upper castes experienced the brunt of these unequal arrangements in very many different ways. Hierarchy, in short was the organizing principle of life.