Why the Middle Class Matters 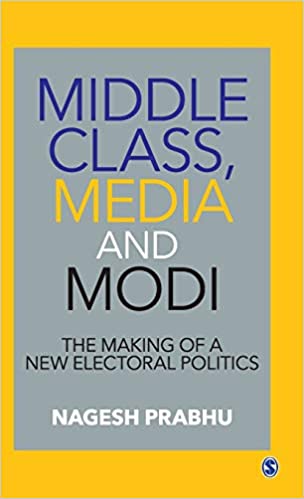 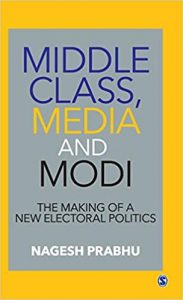 The ‘exceptionalism’ of the book under review according to its author, a senior journalist, lies in the fact that it seeks to unravel the rise of the Modi leadership ‘from the middle class perspective’ without adhering to ‘any ideological point of view’ unlike ‘other books on Modi’ by Modi ‘loyalists or critics’. Also, the self-proclaimed ‘unbiased’ study uses media reports as the ‘primary source’ to analyse the Modi phenomenon.

A reading of the book reveals, however, that it is more about the rise of the middle class and its political and economic implications for contemporary India than about the media fuelled rise of the Modi leadership. When it comes to dissecting the factors that led to the rise, the book turns into a detailed uncritical journalistic account of political developments, speeches, tweets and curated interviews by Modi as reported mainly in the news magazines and the newspapers to present the arguments which are fairly well known.

While responding to the first three questions, the author draws attention to the difficulty in defining the middle class due to its heterogeneity. While there is an overall agreement about the rise of the middle class in India recently, there does not seem to be much agreement about the various segments of this  grouping, especially the ones that actually constitute it. Arguably, middle class comes across as a loose/indeterminate social category with ‘questionable explanatory value’. The entry of a range of new social categories into the middle class, divided broadly in social and spatial terms across India has made it difficult to estimate the size of the middle class. Not surprisingly, the author refers to the figure ranging from a meagre 78 million to massive 604 million. Whatever the numbers, the Indian middle class is bigger in size than the entire population of most European countries and is almost as big as the US population. The author refers to multiple criteria used by the analysts for enumerating the middle class which remain debatable due to the fuzziness of the social category itself. The author prefers the ‘objective’ criteria of the possession of cultural (education) and material capital. The expansion of the middle class is attributed to the following factors: creation of new opportunity structures in an increasingly urbanizing and industrializing India which allowed for social and economic mobility; the process of agrarian change in the form of land reforms and green revolution; and the introduction of liberal economic reforms.