What Religion Meant to Rabindranath 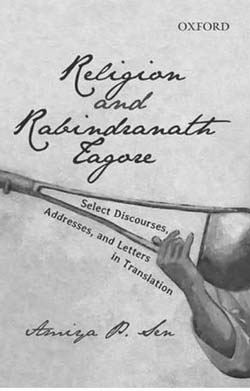 The 150th year of Rabindranath Tagore’s birth in 2011 generated a lot of renewed interest in the writer’s works and the fruit of that is discernible in various new volumes available in the market. Each book comes out with fresh perspectives in reading the multifaceted genius that Tagore was and assessing his contribution as a poet, writer, painter, musician, educationist, and Nobel laureate—no mean task. Also several new translated volumes of his oeuvre, which had never been done earlier, have made the poet more accessible to a panIndian as well as a global readership. Several of them focus on areas that have been marginalized because of the more dominant and compelling desire to establish Tagore primarily as a mystical poet and philosopher.