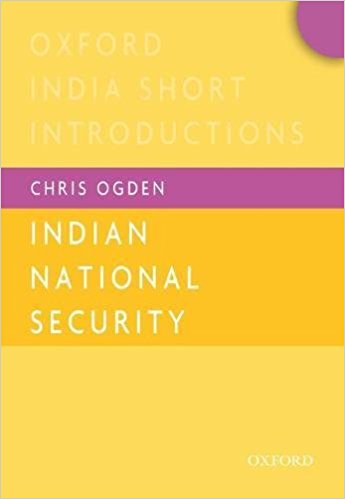 Under the assault of social media, attention spans have contracted somewhat. But that is not any reason to worry. There are short introductions available to catch up on weighty matters, such as in the case of national security. These help in gaining a working understanding of issues outside a reader’s usual beat and on the quick, being small handbooks intended unambitiously as ‘introduction’. The Oxford series comprises some 30 paperbacks covering daunting topics such as monetary policy and capital flows and exchange rate mechanisms, alongside appealing titles such as Bollywood and Mughal painting. These are a mite bigger than OUP’s Very Short Introductions, paperbacks smaller in size, but not on that account any less in academic content. Placed strategically at airport bookstalls they provide intellectual fare to last a flight, given India’s distances. Chris Ogden’s take on India’s national security is by the yardstick of ‘one for the road’, a good buy. Ogden lectures on Asian security at the University of St. Andrews, Scotland. His earlier books include Indian Foreign Policy and the more interestingly—if elaborately—named, Hindu Nationalism and the Evolution of Contemporary Indian Security: Portents of Power. The format of the series does not permit the expert to talk down to the reader, but to engagingly expand the horizons of learning. It is a bonus if the reader goes on to conquer more crests, such as perusing intellectual terrain mapped in the bibliography.