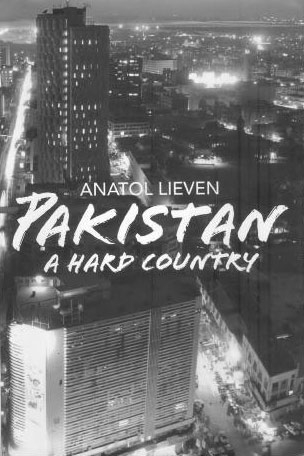 Are the Pakistani people faced with a devil-and-the-deep-sea choice: condemned to live forever in backwardness and anti-democratic mould, of remaining permanently in a feudal set-up or going the Taliban way? That is the question that one is tempted to ask since the author says his book is intended to analyse the internal problems and sources of Pakistan’s resilience. Lieven brings to bear considerable experience and scholarship to his work. Having reported for the Times from the region, he is now Professor of International Relations in King’s College, London and a senior fellow at the New America Foundation in Washington DC. His earlier works include books on Chechnya, ethnicity and nationalism. His credentials demand that he be taken seriously. In this sympathetic analysis of Pakistan, what ails it and where it might be headed, Lieven says if there is one phrase which is the central theme of this book and defines many aspects of Pakistan, it is ‘Janus-faced’. Its very strengths are its weaknesses. Kinship, for instance, is central to the weakness of the state but also to its stability.

The Pakistani society is predominantly rural, built around conservative traditions removed from and with little respect for structures of modern state/government—whether civil or military. Traditional, conservative, predominantly rural population have little faith in state institutions and are, in fact, indifferent to who rules in Islamabad so long as their lives are unaffected. The country remains viable and it ‘works’ because it is bound together as a community by bonds of religion and culture. Rural elites ensure stability by retaining the allegiance of the poor using their power thus obtained to dispense justice, extend assistance and preserve order. These very structures become the bulwark against Islamic revolution and civil war. But to remain so, the rural elite ends up perpetuating backwardness, for education and democracy would threaten the very basis of their power.