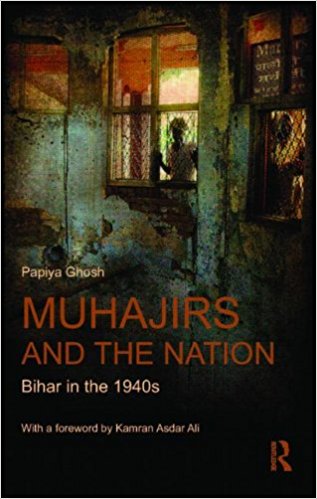 This last book by Papiya Ghosh, released posthumously almost three years after her tragic death in 2006 is a work of great acumen
involving exhaustive research with arguments and findings based on a plethora of sources. The valuable manuscript was almost lost but was retrieved from the stolen computer held in police custody by the author’s younger sister Tuktuk Kumar who on behalf of Papiya makes poignant acknowledgement of all associated with the effort that helped in the final publication of the book. Kumar also reveals that the author in fact had planned a trilogy but unfortunately that could not be realized in her lifetime. The Introduction written by Papiya is essentially the summary wherein the outlines of the proposed six chapters are delineated. It was because of the untimely death of Papiya that the sixth chapter remained unfinished and hence unpublished. The Foreword by Kamran Asdar Ali who teaches Anthropology at the University of Texas gives a contextual introduction to the theme of identity politics as taken up by Papiya.

Alidiscusses the incongruent political articulations shared by individuals and political parties on the issue of nationality and community identity. Differences of opinion existing within the Communist Party of India’s position on partition which in the conclusive decade of the 1940s favoured Muslims’ right of self determination as a distinct nationality, but after Pakistan’s creation dubbed it a result of the Muslim League’s reactionary politics which is also very well taken up by Kamran Asdar Ali.