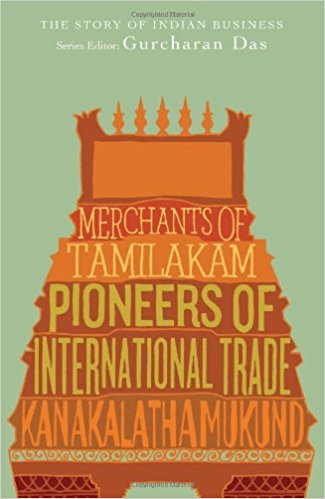 When a delicately carved Indian miniature ivory statuette depicting a young woman was discovered in 1938 along with other finely crafted goods in the ruins of, probably in a merchant’s house in Pompeii, Italy datable to the first century of the common era, there was not only academic curiosity but also awe at how such a small object, apparently a product of artistic pleasure, should find its way across the oceans. So was the Pompeii figure an accidental unique find? Or, could it tell a story of deep trade with the Indian subcontinent that, along with products of necessity and consumption, found crafted objects as integral to a dynamic contact between peoples in the ancient world. No doubt this type of evidence is rare and meager but they lead us to expect that merchants visiting India had a vivid sense of and even an appetite for artefacts produced here and therefore, India had clearly emerged as an origin of individual choice.

Kanakalatha Mukund weaves for us the complex story of these ‘pioneers of international trade’ with a command over all the available historical sources of information that she could lay her hands on for the Far South of the subcontinent, namely, ancient Tamilakam. This slim and extremely readable book narrates for us in simple and comprehensible terms, the intricacies of how merchants during the ancient and medieval world chartered the choppy waters of exchange and trade giving visibility to external and internal factors that led to this consistent and continued activity over the long duree. Mukund’s forte of research as an economic historian and her command over the Tamil language is visible in the structure and substance of the book. It unfolds for us in five chapters the trajectory of the purpose and dynamics of this trade, its beginnings in an era when the Tamilakam region was controlled by chiefdoms and then its growth when the early medieval and medieval Tamil kingdoms had evolved to have a mature polity and institutions of the State with conscious attempts to build overseas relations.