Using Gender as a Lens 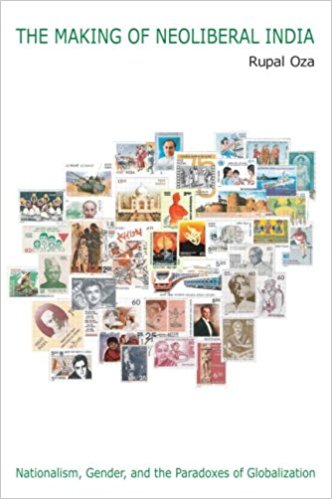 Time was when the dominant focus in feminist studies was on women, and on the impact and implications—mostly discrimina- tory—of various institutions, processes and practices on them. Their absence/marginality in the cognitive structures of disciplines was noted, analysed and remedial measures suggested. While such approa-ches do continue and so does the need for them in view of the depth and persistence of gendered constructions of social reality, women’s studies scholarship has made a leap into another phase. It argues, with powerful demonstrations, that in fact to understand various aspects of society and culture, gender is both a crucial axis and also an analytical tool. It is not just that women need to be included, emancipated, empowered (that too, of course) but that social structures and processes can be comprehended more fully if gender is used as a lens. This is a powerful argument against the ghettoization of women’s studies and for the integration of the category of gender into mainstream thinking. This book by Rupal Oza, Director of the Women’s Studies Porgramme in Hunter College, New York, is situated squarely in this latter genre. She focuses on the period of early globalization, i.e. the 1990s, which has not yet really been the subject of full length academic analysis.

The period starts with the liberalization of India’s economy from 1991. It is also characterized by the political ascendancy of the Hindu Right. The third major feature of this period is the consolidation of the middle classes as an outcome of both the above developments. Oza selects three key sites of public debate in this period, which were emblematic of the changing ‘idea of India’ in the context of the above three trends—the court cases against satellite and cable television companies in the early 1990s, the Miss World beauty pageant at Bangalore in 1996 and the declaration of nuclear weapons capability by the Indian government in 1998 following the nuclear tests. She argues that the debates represent the Indian attempt to establish sovereignty over national culture and identity through fortifying rigid and sexual identities in the wake of loss of sovereignty entailed by globalization. Woman, her body, her persona are critical to this process. In the 1990s, popular cultural archives document the rise of a new woman, carefully crafted to be modern, compatible with globalizing India , yet Indian, representing its core values. The focus is on the middle class’s engagement with Indian identity in the era of globalization and how notions of masculinity and femininity are central to this.

Oza nuances this macro argument and avoids positioning a hegemonic state apparatus against civil society. Rather she sees a whole host of actors, some of them politically incompatible, promoting particular national and gender identities. An important and nuanced insight is made about the relationship between the global and the local. Oza eschews pitting the global against the local as polar opposites, characterizing them instead as spaces of arbitration where the perceived global (foreign/colonial) and perceived local (indigenous/ independent) clash. Global capital adapts to the particularities of the local feeding on rather than papering over difference. On the other hand those who inhabit the local invent and guard their culture against the global. Oza casts doubts on the premise that global is the place where authentic politics reside and from where resistance is authored. Local is an ambiguous location, it can mean limited neighbourhoods and communities or it can mean local governments and even the nation. Globalization disrupts the coherence of scale such that the local and the global are constitutive of each other.

It is a well established thesis now that globalization sharpens identities based on particularities. Also that the global directly links up with the local, bypassing the national. The response, according to Oza, is of national sovereignty trying to reassert itself by enforcing and codifying systems of identity and belonging. The rupture between identity and place, wrought by globalization, is sought to be resutured through gender and sexuality. Women carry the burden of being cultural repositories and are thus of central concern to the reassertion of national sovereignty. In the early 1990s, the entrance of satellite television was seen in public discourse as an attempt to invade Indian boundaries and borders. The main issue was the representation of women’s bodies in television, and symbolically, through protest against vulgar and objectified portrayal, the borders of the nation were sought to be secured against the invasion of the foreign. Three court cases filed in the Delhi High Court are taken up for detailed analysis. Paradoxically enough, the 1996 beauty pageant (also after all a ‘foreign programme’ in its inception and values, with women’s bodies as its central theme) was utilized by the state and private and domestic capital to showcase India as a modern and efficient nation capable of attracting foreign investment. The opposition came from both feminists and the Hindu Right, again talking in the symbolic language of the exposed female body. The 1998 nuclear tests symbolized a valorization of masculinity of the nation to show its capacity to join the global fraternity of nuclear nations and to secure its borders. All the three sites represent complex interactions and confrontations between nationalism and globalization.

Oza draws on a rich body of literature of global feminism, by Nira Yuval-Davis, Anthias and others on how women form the borders and boundaries of the nation and function as tropes for its culture. While women bear the burden of being controlled, men and masculinities are also central to the way nation is imagined, its needs and aspirations identified with those of men. Oza paints the relationship between economic liberalization, globali- zation, rise of Hindutva and the alliance of the new middle class with all these developments in broad brushstrokes, putting forward a fairly plausible case. Some of these links have also been made earlier by politi- cal commentators, but Oza’s selection of the three key sites, and developing a coherent argument linking them is certainly a strength of the book. But the plausibility is not translated into a thoroughly substantiated proposition, reinforced by multiple sources. This is my only complaint.

Oza claiming to trace only the public debate cites her sources as including public demonstrations, rallies, public lectures, newspapers and magazines, court cases, parliamentary proceedings, political manifestoes, television programmes, advertisements. However, her use of these is quite thin and patchy, focussing excessively on a few. She relies substantially on newspaper reportage and magazine features and articles, notably English magazines like the Outlook. She has also drawn heavily from other writing by journalists and social scientists. The public debate she has tracked is largely that engaged in by the English speaking milieu. The middle class she cites as being pro-globalization and pro-Hindutva is in reality a vast and complex conglomeration of castes and occupations with no united worldview. The period she is dealing with is also too recent to be able to qualify for proper historical analysis. Oza needed to differentiate herself from the journalistic writing of and on that period by weaving together a greater variety of sources from the public and private realms. In-depth interviews with some of the protagonists of those debates and citing original official documents pertaining to the key sites would have provided further reinforcement. As it stands, the book reads like a sophisticated version of an Outlook article, except where it cites profusely from other scholars, which of course has the problem of being secondary data. The book whets the appetite for more, but itself remains tantalizingly inconclusive. This is indeed a pity, as the period, subject matter and connections made are indubitably of great interest and value to the scholar and layperson alike.

Kamala Ganesh is Professor in the Departent of Sociology, University of Mumbai, Mumbai.