Urdu Poetry and the Idea of India 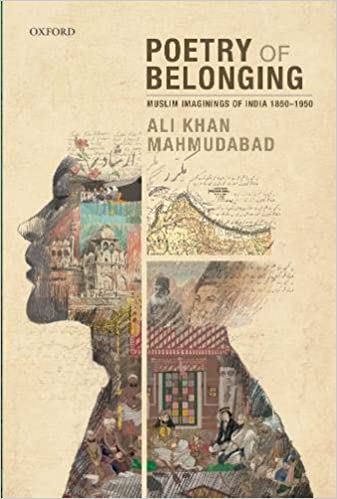 We inhabit an era in which we take for granted both nations and national histories that are very recent creations in the large swathes of time. Not to speak of postcolonial states like India that became independent as late as the mid-twentieth century, the ‘nation’ was not an object of even western historical thought before the nineteenth century. The narrators of the past wrote not about large-sized territories but about kings, popes, and the city-states. The same holds true for India’s precolonial past. Articulations of identities were manifold, as they have always been. Utilizing the mushairah as an archive, the book under review attempts to highlight how Muslims verbalized their ideas of belonging in North India over the course of a century, between 1850 and 1950, which as one would expect did and did not engage the tropes of patriotism or nationalism.

Poetry of Belonging is a close study of the role of the institution of mushairah (poetic gatherings) in the formation and articulation of Muslim identity in colonial India. It centers Urdu poetry as recited and presented in the mushairah and its attendant intellectual component as a way to understand the public sphere that helped shape Muslim expressions of what it meant to be a Muslim during the period of study. In the author’s own words, he ‘seeks to analyse and ascertain how a number of prominent Muslims from north India, specifically from the United Provinces (presently, Uttar Pradesh) and Punjab, made political choices within the new and shifting paradigms of the rise of nationality and the interconnectedness of the worldwide Islamic community’ (p. 17).