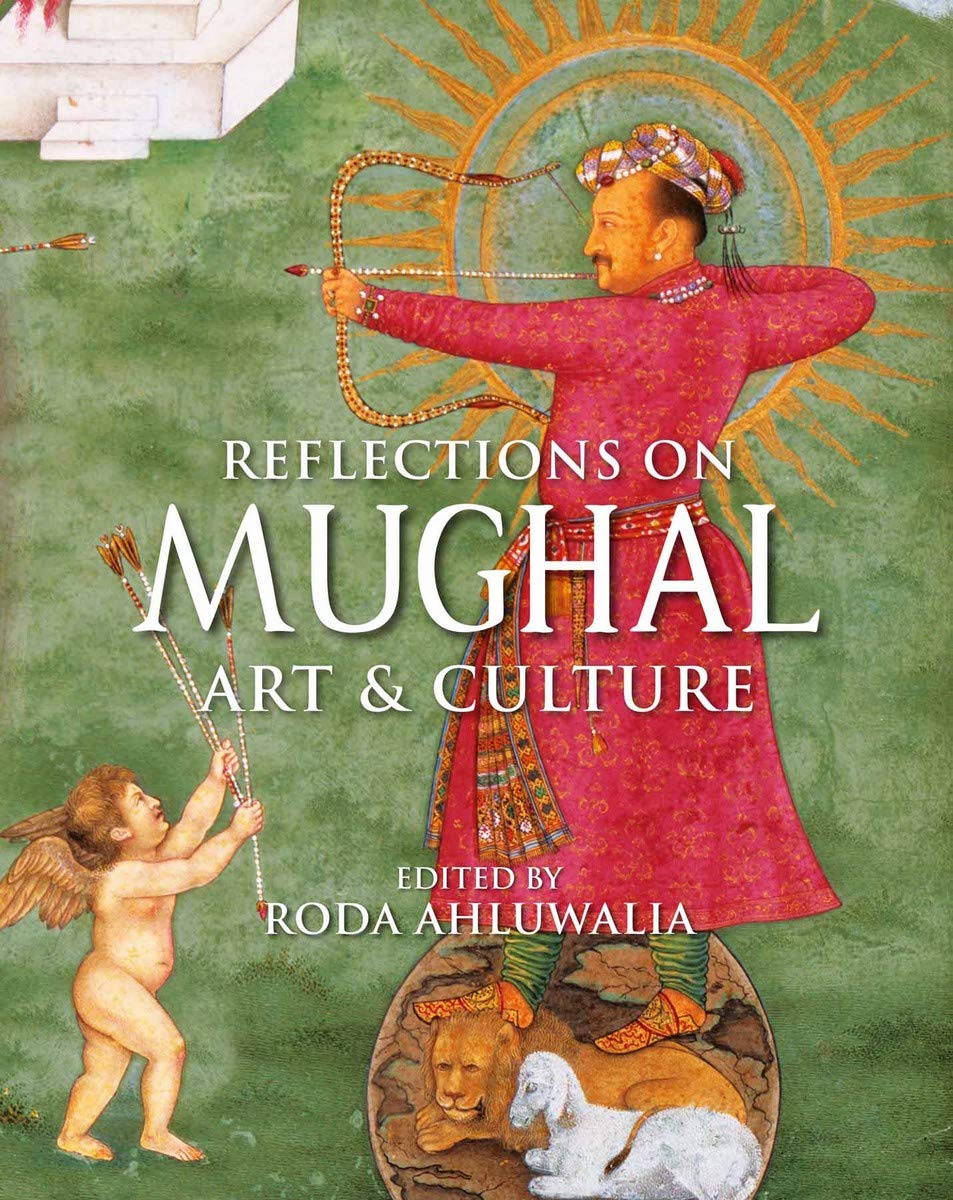 This book is a collection of papers presented at a two-day seminar titled ‘Mughal Art and Culture’ organized by the KR  Cama Oriental Institute, Mumbai in 2017. A wonderful exhibit of the institutional patronage provided by the Parsi community to historical research pertaining to Iran and India, the book is a welcome addition to the history of the Mughal era while retaining its specialized focus on the history of art and architecture of the period. It begins with a short Foreword by Muncherji Cama (since deceased), President, Cama Institute, and Owner-Editor of Bombay Samachar, the Gujarati newspaper. The reader is informed that the Cama Institute is a repository of more than 26,000 books and 2,000 manuscripts in Avestan, Pahlavi, Zend and Persian. The Introduction by Roda Ahluwalia, the editor, declares that ‘the premise of the Seminar was to express ideas already germinating in scholarly minds’ to ‘provide fresh insights and new thought on the vast panoply of art and rich culture of the Mughal world; a world of magnificence that was unrivalled …’ (p. 9). The resultant work successfully reflects emerging trends in Mughal history, and contains plenty of detailed images of paintings, objects and buildings that would delight readers interested in the magnificent cultural world of the Mughal Empire.

The Introduction is followed by thirteen essays on various themes. In the first essay, Kavita Singh highlights and rationalizes instances in which illustrations in three major Persian texts composed in the Mughal court, viz., Padshahnama, Jahangirnama and Akbarnama, are not reflective of the accompanied written word. Subsequently, Mika Natif writes about the depictions of female notables, specifically Mahim Anaga, Akbar’s foster-mother, and Hamida Banu, a.k.a. Maryam Makani, Akbar’s mother, in Mughal paintings. Natif says that women figures featured in Mughal paintings were not necessarily anonymous characters as is often assumed. Natif (following Lisa Balabanlilar) argues that ‘in accordance with Timurid traditions…,