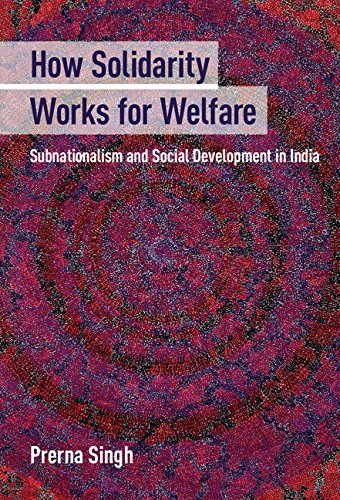 Development is a founding belief of modernity and a bedrock concept of political economy and social policy. Though understood and conceptualized variously to give rise to many versions of it,  the idea of  development, in the most basic sense, means making ‘a better life for everyone’. In spite of being subjected to severe criticism and disagreement over methods of achieving, the idea of development is a powerful emotive sociopolitical ideal to mobilize people and reflective of the best of human aspirations. Yet, the ideal of development, understood as ‘better life for everyone’, does not seem to be universally realizable. Despite well meaning efforts and repeated resolves over decades, most nations especially in the Third World continue to grapple with improving the lives of the majority of people. Most people in this part of the world live in subhuman conditions; are unable to meet essential needs: a better house and sufficient food to maintain good health; affordable services available to everyone; and being treated with dignity and respect.

[ihc-hide-contentihc_mb_type=”show” ihc_mb_who=”reg” ihc_mb_template=”1″]Development, in spite of being the largest humanitarian project for several decades, has occurred remarkably differentially both across and within nations. Within the national boundaries, some parts/regions have performed better than others in meeting the basic needs of the people; some social/ethnic groups have been far more able to appropriate benefits of developmental process than others. In brief, persistent socio-spatial inequalities in accessing public goods and services belie democracy’s promise of dismantling socially entrenched and spatially embedded inequalities to ensure a better life for all.

Disparities in developmental initiatives, processes and outcomes within and across nations have engaged scholars across the globe to ask and answer a number of fundamental questions. Is development (understood even in minimal terms, that is, making better life for all) attainable universally? What explains differentials in developmental processes and outcomes within and across nations?  In dealing with or seeking answer to these questions, social scientists have used a basket of socio-demographic, economic, cultural and political variables (viz., population growth, human capital, ethnic  diversity and conflict, geographical location and resource base, sociopolitical culture, nature of  the party system and political competition and the role of civil society) and come up with myriad explanations and conclusions. And yet, the puzzles swirling around disparities in development remain unresolved. The book under review is a serious scholarly attempt towards accounting for inter-State differentials in social development in India by employing an important and unconventional independent variable—subnationalism or subnational solidarity.

The core argument of this important scholarly piece of work is that the States marked by the presence of subnational solidarity are characterized by significantly higher public spending in and better delivery of public goods and services namely education and health than those States deficient in relative social cohesion. In other words, the  strength of subnational solidarity plays a crucial and determining role to push ruling elites for giving higher priority to those policies that contribute to making  a better life for everyone. Why should subnational solidarity matter? The author argues and it stands to reason that ‘in states with a powerful popular subnational identification, individuals tend to show greater awareness of and involvement with public life, and consequently are more likely to be involved with the provision of public services. By ensuring that public services function more effectively, societal involvement can therefore augment the effects of progressive State social policy. In contrast, in States where there is little popular subnational solidarity, people will tend to be less emotionally aroused or mobilized, and consequently less inclined to take an interest in and be involved with the political life of the province. As a result, it is unlikely that people will organize or approach State officials to provide feedback about potential inefficiencies in public service delivery. The absence of popular involvement with public services might in this way limit the gains of a progressive social policy’ (p. 39).

In order to foreground the ‘subnational thesis’ and to demonstrate how relative cohesion of sociopolitical communities may foster social development, the author undertakes comparative historical analysis of two pairs of States that stand almost poles apart on social development indicators—Kerala and Tamil Nadu (representing  the presence of strong subnational solidarity) and Rajasthan and Uttar Pradesh (representing weaker subnationalism). It is shown that in the late 1800s both Tamil Nadu and Kerala had low levels of development, and the two States had not yet witnessed the emergence of subnational identity. By 1880s Tamil Nadu left Kerala behind in matters of education and health. During this period, subnational identity had taken strong roots in Tamil Nadu. However, the gap between Tamil Nadu and Kerala closed by the closing years of the nineteenth century due largely to the emergence of Malayali subnationalism, leading to a dramatic increase in education and health expenditures. On the other hand, social development outcomes in both Uttar Pradesh and Rajasthan were roughly comparable to Kerala and Tamil Nadu in the closing decades of the nineteenth century but the former (Uttar Pradesh and Rajasthan) slipped way behind the latter (Kerala and Tamil Nadu) as socially and ethnically divided socio-political community in Uttar Pradesh and Rajasthan led to social welfare being framed almost exclusively in terms of advancement of particular castes and/or communities rather than the entire State, and thus impeded social development.

The empirical/statistical analysis undergirds the relationship between presence/absence of a sense of subnational solidarity and the pace of social development. The statistical exercise carried out not just for the four case study States but for major Indian States confirms the theoretical expectations, that is, greater the sense of social solidarity among the masses as well as political elites, higher is the public spending on public goods and more effective delivery of public services, leading to faster pace of overall development. Even after controlling for a range of alternative explanations, the variable of subnationalism (constructed as an index using four indicators—language, subnational mobilization, absence of separatist movement and subnationalist party—has an additional and significant impact on social expenditures and social development.

Undoubtedly, the historical/theoretical insights solidly backed by rigorous empirical scrutiny add to the strength of the book and make it an outstanding work in the long line of research on the theme of ‘sub-national variations in social development’. Some analytical problems remain though. Nevertheless, the most important one is the ‘state as the unit of analysis’. It is true that Indian States are not just functional bureaucratic apparatus taking developmental policy decisions, but powerful sites of symbolic and cultural reproduction that are themselves culturally and politically expressed. And yet, inter-state analysis of a phenomenon or say social development pattern often appears to be misleading especially from the point of view of framing social policy and assessing effectiveness of the delivery of public goods and services. In brief, State level aggregation of policy outcomes grossly misses interesting patterns within States or at the lower levels—region, district etc.  The second problem is of relatively small ‘N’ or sample size that often puts researchers on their toes while interpreting the results of multivariate statistical analyses. The author is aware of this particular problem and admits to it (p. 32).

In spite of limitations, this study offers a number of recommendations associated with instituting and executing social policies. By invoking a novel idea of subnational solidarity and using sophisticated methodologies in explaining inter-state variations in social policy outcomes, the book makes an important contribution to the vast and still expanding scholarship in the field of political economy of provisioning of social infrastructure as well as public goods and delivery of public services.

Mohd. Sanjeer Alam is Assistant Professor at the Centre for the Study of Developing Societies, Delhi.

It is true that Indian States are not just functional bureaucratic apparatus taking developmental policy decisions, but powerful sites of symbolic and cultural reproduction that are themselves culturally and politically expressed.

A Business History of India: Enterprise and the Emergence of Capitalism from 1700 by Tirthankar Roy bridges the approaches of business and economic history, illustrating the development of a distinctive regional capitalism. On each occasion of growth, connections with the global economy helped firms and entrepreneurs better manage risks. Making these deep connections between India’s economic past and present Roy shows why history matters in its remaking of capitalism today.

How Do Small Farmers Fare? Evidence from Village Studies in India by Madhura Swaminathan and Sandipan Baksi is the outcome of a two-year research project undertaken by the Foundation for Agrarian Studies and supported by the Rosa Luxemberg Stiftung (New Delhi). The objective of the project was to examine the socioeconomic characteristics and viability of small producers in different agro-ecological regions of India, locating them in the broader context of the capitalist development of Indian agriculture.

The Most Important Thing: Uncommon Sense for the Thoughtful Investor by Howard Marks teaches by example, detailing the development of an investment philosophy that fully acknowledges the complexities of investing and the perils of the financial world. Marks expounds on such concepts as ‘second-level thinking’, the price/value relationship, patient opportunism, and defensive investing. Frankly and honestly assessing his own decisions–and occasional missteps–he provides valuable lessons for critical thinking, risk assessment, and investment strategy.

Productivity Dynamics in Emerging and Industrialized Countries edited by Deb Kusum Das engages with the study of productivity dynamics in the emerging and industrialized economies. The essays address crucial aspects, such as the roles of human capital, investment accounting and datasets, that help understand productivity performance of global economy and its several regions.

Bearing the Brunt: Impact of Rural Distress on Women by Swarna S Vepa discusses the gendered impact of rural economic distress with respect to employment, agricultural production, natural resource management and food security. It shows that women are bearing the brunt of the increase in rural economic distress at the turn of the century, with spillover effects on their physical and social wellbeing.

Labour Law Reforms in India: All in the Name of Jobs (Critical Political Economy of South Asia) by  Anamitra Roychowdhury provides a theoretical framework to understand the subject, and empirically examines to what extent India’s ‘jobless growth’ may be attributed to labour laws. There is a pervasive view that the country’s low manufacturing base and inability to generate jobs is primarily due to rigid labour laws. Therefore, job creation is sought to be boosted by reforming labour laws. However, the book argues that if labour laws are made flexible, then there are adverse consequences for workers: dismantled job security weakens workers’ bargaining power, incapacitates trade union movement, skews class distribution of output, dilutes workers’ rights, and renders them vulnerable.