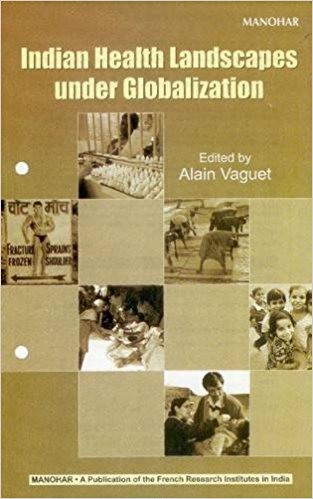 Over the last three and a half decades or so, one of the most striking phenomena has been the emergence of the medical industry as the second largest industry in the world, after, of course, arms. This period has also seen the world becoming richer than it has ever been in the past. Yet, population health indices globally have been either stagnant, or in several parts of the world, actually deteriorating. Life expectations, for example, have declined in large parts of sub-Saharan Africa and Russia. What is indeed surprising is the severe backsliding in population health even in the developed countries since the world took a turn, in the late 1970s, to the second phase of globalization. This is reflected in stagnation in health indices—with widening health inequalities in the US and UK. At the same time there is stagnation of health indices in India and China. The famous sociologist Anthony Giddens defines globalization as ‘the intensification of world-wide social relations which link distant localities in such a way that local happenings are shaped by events occurring many miles away and vice versa (Giddens 1990: 64)1This definition of globalization has become extremely popular and has been cited extensively.

However, what this definition does is to ‘naturalize’ the process of globalization and thus depoliticize it. Globalization, in this definition, is much like the weather; there is little to be done but suffer the consequences. Natural, it appears there are in fact no powerful institutions and human actors who are guiding this process—to their gain, but to the increasing marginalization of millions.

The second wave of globalization was initiated after 9/11/1973 in Chile, with the overthrow and assassination of her democratically elected President, Salvador Allende. The essential elements of the package of neo-liberalism were field tested, at the behest of the Chicago school of economists, Professor Milton Friedman and Professor von Hayek in particular (who of course went on to win the Nobel prize in economics). This had the political support of the US establishment, backed by powerful corporate capital, the newly consolidated religious Right, and the CIA (Grandin 2006).2