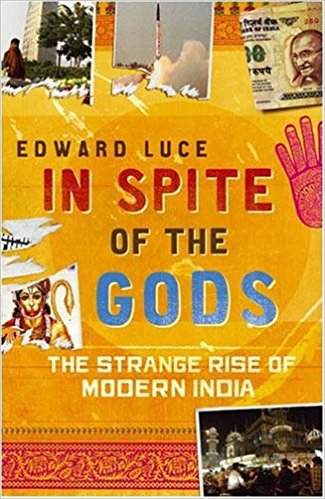 As a journalist, there aren’t many things I can speak of with complete certainty. But I do know one thing. It is difficult not to admire journalists who write books. It is even harder not to admire journalists who write books about India. And when it comes to foreign journalists (usually Brit, it may be noted) writing books about India, one simply keels over simpering with wonderment. After all, if writing books calls for a certain amount of cheek, writing one about India calls for nothing short of sheer gall. A book about India runs the risk of turning out like India itself: unexplainable, with a million dimensions, and on the whole, impossible to present and be viewed as a whole. Edward Luce, though, has a minor advantage in that he has an Indian wife, whose parents I know.