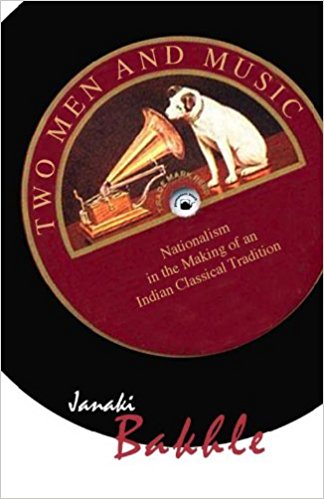 In Two Men and Music: Nationalism in the Making of an Indian Classical Tradition, Janaki Bakhle explores a specific area in the history of music in the late nineteenth and early twentieth century western India, situating at the centre of her book the works of Vishnu Narayan Bhatkhande and Vishnu Digambar Paluskar, two stalwarts who are commonly credited with effectively changing the pedagogy of music. Bakhle traces the history of the ensuing transformations in music and its contribution to the strands in colonial modernity, beginning at the Baroda Princely court, with the discussion of the court musician and institutionizer Maula Baksh and carries it beyond the two men to the newly emerging sites of public performances of Abdul Karim Khan and Hirabai Badodekar in the Bombay presidency.