Understanding the Dynamics of the China-India Dyad 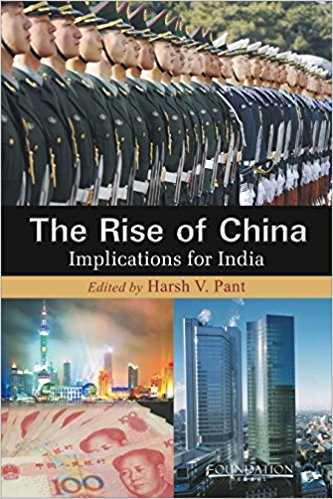 It is unsurprising that China, its development and its intentions, continues to hold the interest of academics around the world. As the world’s second largest economy, speculated to displace the United States from its current number one position in the coming decade, the role China plays in international affairs today and how it can be expected to behave in the future are issues that merit meditation. Among the number of publications studying the rise of China, this volume edited by Harsh V. Pant stands apart for bringing to bear an Indian perspective on the global debate. China’s rise thus is sought to be assessed through the prism of Indian interests and the implications for India of having an increasingly prosperous and arguably, concomitantly assertive neighbour. At a time when both India and China are viewed as the loci of Asia’s resurgence on the global stage an inquiry into the elements that affect the bilateral relationship between the two is certainly timely.

The book sets out to explore the implications of China’s rise across three axes: Domestic Developments in China, China’s Foreign Policy and China’s India Policy. In the introduction the editor locates the debate on China’s rise and the implications this may have for India within the larger perspective of a possible power transition for the United States in Asia and the balancing act that India seeks to maintain between the US and the PRC. Placing the scholarship within the broader paradigm of international relations in Asia helps contextualize the discussion that follows. However, it cannot be overlooked that the introduction is peppered with statements such as, ‘China has actively sought to prevent the rise of regional powers with a view to attaining primacy in the region’ (p. 1), China’s activities in South Asia and its India policy ‘all point towards China’s attempts at preventing the rise of India as a regional and global player of major import’ (p. 11) which leave the reader with the abiding impression that China’s rise could not possibly be anything but ominous, for India and the world.