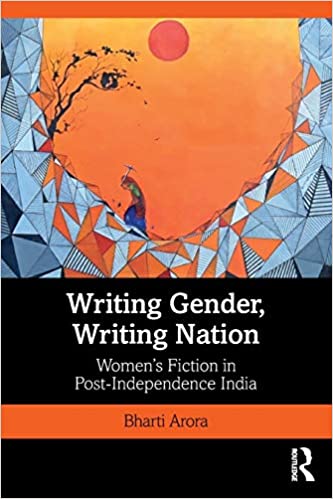 Bharti Arora’s book is an analysis of eleven novels written by women in different Indian languages from 1950 to the mid-1990s. It draws from historical and sociological scholarship and policy reports to develop a framework to draw attention to the socially and politically marginalized status of women in post-Independence India. While (Hindu) women were initially seen as mere bearers of patriarchy and the nationalist project, the emergence of the women’s movement in the 1960s and 70s undermined the hitherto idealized image of the egalitarian and benevolent nation; the movement’s demands for the greater political and economic participation of women were reflected in the Towards Equality report that was published in 1974. Most of the introduction is a survey of the complex negotiations between women of different social classes and overlapping forces of market, capital, Hindutva and patriarchy. The rest of the chapters are explorations of female characters who are located at the fraught intersections of caste, class, religion, gender and citizenship.

The first chapter is a comparative study of a Punjabi and a Bengali novel, respectively: Pinjar (Cage, 1950) by Amrita Pritam and Epar Ganga Opar Ganga (The River Churning, 1967) by Jyotirmoyee Devi. It focuses on the figure of the abducted woman whose exchange between families separated by communal differences and national borders becomes a way of legitimizing the social contract that constitutes the paternal state.