A Reopening of Buried Questions 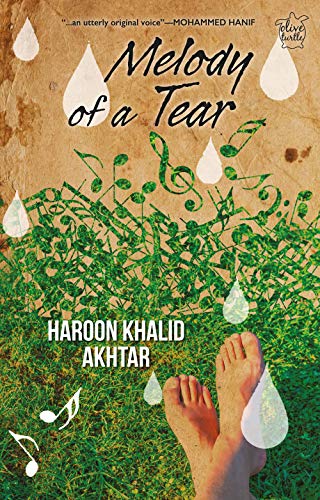 Womankind must keep walking to stay a matter of safe routine. Standing still made one the object of prying eyes.
It is the act of standing still that reverberates throughout the novel in diverse ways and takes on new meanings in every turn of the page in the novel. The story is not just about a girl who is growing up in a very ambiguous relationship with her own self but is also about how people around her begin to question themselves as well as their relationship with the world. Zara is attracted to a man, Zaid, whose tears makes him an enigma for her—to an extent that she yearns to unravel him. To do that she befriends Waris, a writer living in a dilapidated mansion—Sufaid Kothi. His stories on the surface come across as having superfluous characters and plotlines that are very flimsy but on scratching the surface, come up characters who are complicated ones. Zara’s fascination with these stories is not limited to being only a means to get to know Zaid well. Somewhere she begins to discover her own self in a slow manner. Her father’s refusal to acknowledge Zara as a girl leads her to begin shaping herself in a manner that pleases her father.

‘“All along, I was supposed to believe him and not my body…”

Little Raja, you look so much like the boy in the movie Home Alone.

My boy, look what I brought for you! A cologne.

I am a proud father of two strong lads.

Stop sulking and do some push ups for me.

This was how he conditioned me in my formative years as his foot soldier to fight his lost causes.’

The suppression of the self that comes with it has been dealt with in a very sensitive manner in the novel. There are instances when the city of Karachi has been woven into the narrative to show how a city becomes a part of a person and begins to reflect in its own discordant way the disintegration of the self. Karachi is known as the city of migrants and  the flux in its own sense of self has been captured over time through various writers and poets. That state of flux finds its echo in Zara’s consciousness. How people who enter her life are the ones that begin to shape her character in a slow and a deliberate manner—the infiltration within the several landlocked pockets that one creates within oneself and this fashioning of the self is a never-ending one. Zara finds solace and comfort within the walls of the Sufiad Kothi where she is not questioned about the choices she has made in her life, nor does she feel out of place. In comparison to a world where her parents refuse to let her identify herself as a woman that she is; Sufaid Kothi becomes her escape from these clampdowns.