Two Deaths and Their Aftermath 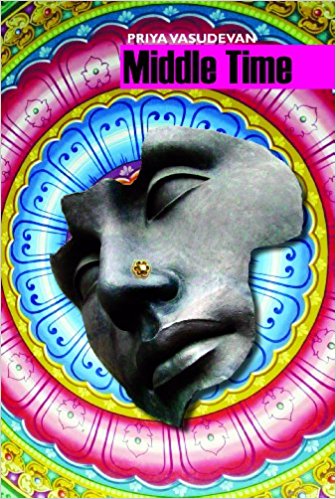 The novel Middle Time by Priya Vasudevan is a fascinating work of fiction with a dreamlike quality. The plot has two distinct stories set apart by time, place, history, prevalent customs and traditions. The parallel narration of two tales, one set in Hampi and the other in modern-day Chennai and the chronological timeframe-one of 1535 and the other of 1996 creates a superficial sense of difference. The difference is merely in framework, the spirit of the stories is essentially the same. Both the stories begin with the mysterious death/murder of two women bearing similar names- Thulasi (1535) and Tulsi (1996). The advancement of the suicide theory as the cause of their death and their children Manju and Shibani’s complete rejection of it gives a dramatic turn to the plot. The children, though, minors display a deep sense of intuitive knowledge, almost amounting to prophecy, about their respective mothers. Shibani’s (1996) words to Maya, the lawyer: ‘Aunty, Mummy was going to bake a cake.

How could this happen? She loved me,’ Manjunath’s (1535) anguished cry at his mother’s death: ‘My mother’s spirit has no peace. Her ashes flow in the river but her spirit is still unquiet’. Both Thulasi and Tulsi are comparable in their violation of the social code and the ensuing scandal by which they both remain unaffected. Their cup of life is brimful and so is their enjoyment.

The murder obviously leads to various lines of investigation, more formal and legal in the modern day Chennai and informal and by word-of mouth in medieval India. Gradually, the canvas becomes larger, transforms into a society, a kingdom in turmoil with its political developments, conspiracies, intrigues, vested interests and powerful land-mafia.

As the plot unfolds and moves forward, the focus does not remain merely on the dead/murdered women, Thulasi and Tulsi, but includes in its gambit the lives of a wide array of characters. The life of Achale, a Devadasi of Virupaksheshwara Temple at Hampi, who informally assumes the role of investigative agency and wants to pursue the case to its conclusive end, comes alive with the devadasi customs and traditions and also the violations of it. She is a devadasi in one sense and not so in the other. Her free-spirit, non-committal sexual behaviour, desire to live life on her own terms finds replication in Maya, Tulsi’s lawyer. If Tulsi seems a reincarnation of Thulasi so does Maya of Achale. The two women, while investigating the truth about the dead/murdered women move towards self-discovery, revealing their decisive power, fearless intellect, manipulative skills, yearnings of a free soul and non-conformity to societal norms. Both Achale and Maya step out of their well-defined brief, endangering their own lives, in their relentless pursuit of truth.

As these women come to occupy centre-stage, the men pigmy-like, become peripheral characters. The murder may be an expression of male power but the exposition of it divests them of that very power. The period preceding the detection of the crime apparently allows the male culprits position of power and certain benefits accruing from it, but the spell is far too short lived. The central space assigned to Achale and Maya is a tribute to their female power, undaunted spirit and indomitable courage. Virabhadra, Vajrabahu, Madhava (1535) and Srinivas Shastry, Thomas, Dr. Gopalakrishnan, (1996) all become instru-ments in the process of investigation and the establishment of the criminality of Bhadrinatha, an ambitious brahmin landlord and Harsha, the deceitful property dealer. The exposure of truth reinforces faith in the notion of poetic justice but does not help erase the profound sense of disappointment of Achale and Maya.

Transcending the definition of feminism, both Achale and Maya, Thulasi and Tulsi represent the timeless spirit and dreams of a woman. The poignant reflection of Achale on Thulasi’s liberated life and her consequent murder: ‘Women of ability could not pursue their dreams or even recognize them… the pursuit of dreams was possible if one was prepared to pay a cost, if one was a woman. Why was it not so for a man’, or Maya’s obser-vation ‘Not that much has changed even now for women. Our laws are all on paper and matrimonial property still a wish show nothing, really nothing has changed. We are still living in the Middle Time’. (The title Middle Time seems ambiguous and a loose variation of medieval, if that is what the author means.)

There is no peace for Achale. She renounces the world. Maya too continues to be restless till she finds Achale’s ear ornament buried under a rock during her solitary journey. ‘Both Achale and Thulasi were qualified for sainthood but you can bet they did not get any recognition’-once again marginalizes women and establishes the norms of patriarchal structure. The narrative fusion of both the tales is fast paced, gripping, complete with all the essential ingredients of a murder-mystery whodunnit formula. The story of Thulasi and Achale is as powerfully alive and relevant as the contemporary one. Priya Vasudevan is at home in both.

It would be grossly unfair not to comment on the commendable use of historical material of the Middle Ages on which is constructed the fictive structure of the second story, modern in its content and character. Priya Vasudevan’s sense of history and research as a tool of uncovering the essential is well reflected in her women characters, as though they are all cast in the same mould.

A special mention should also be made of ‘Cast of Characters’, conventionally a dramatic device, yet effectively employed in Middle Time. It helps facilitate the reading of this absolutely amazing novel.

Two Deaths and Their Aftermath
September 18, 2017

Of Reprieves and Reconciliations
September 18, 2017