Truth has Many Sides 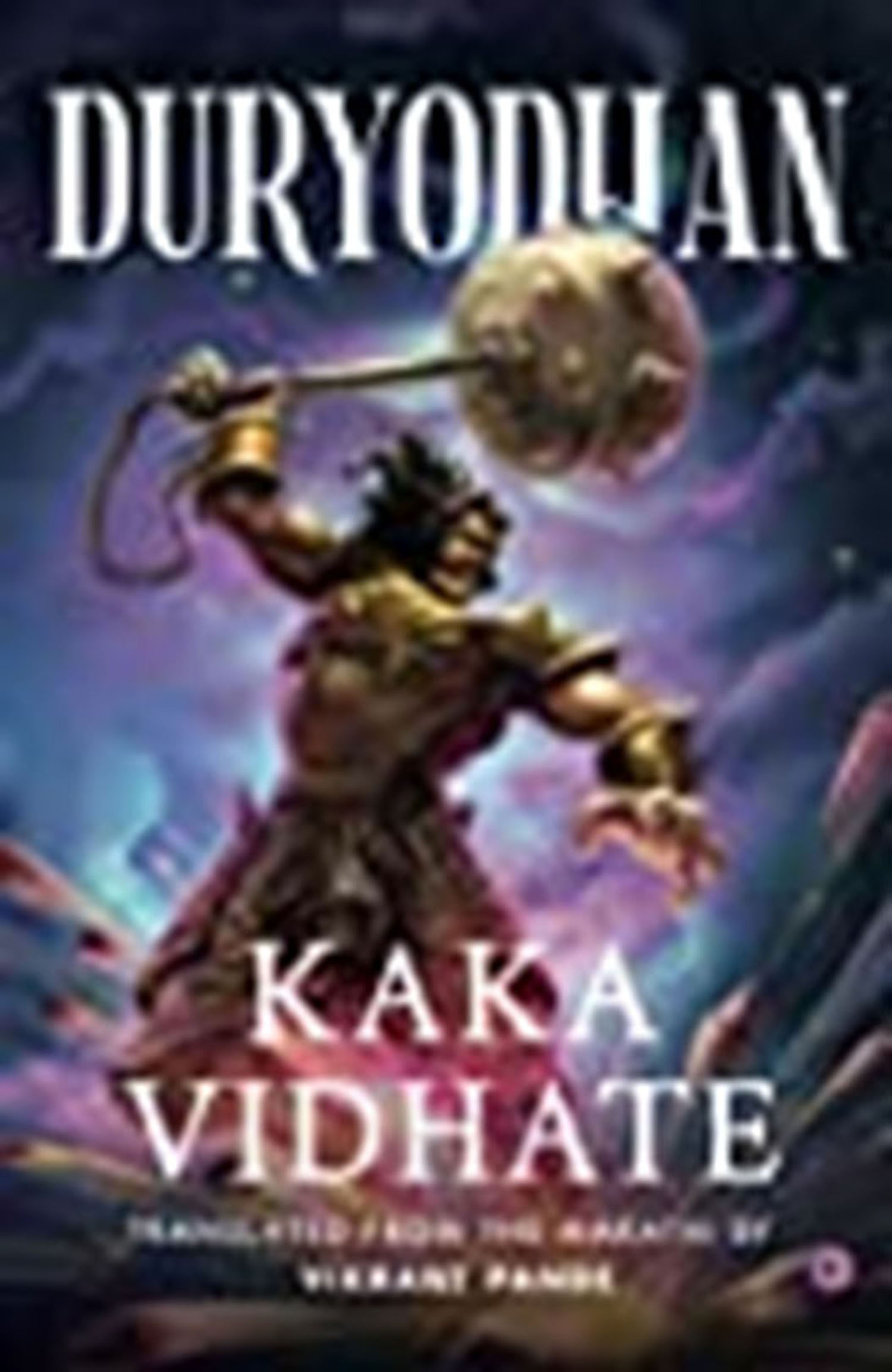 Truth has Many Sides
Ravi Menon
DURYODHAN by Kaka Vidhate. Translated from the original Marathi by Vikrant Pande Eka, an Imprint of Westland Publications, 2020, 577 pp., 899.00
August 2021, volume 45, No 8

You are not alone when you read the Mahabharata. You are in the shadows cast by millions who have heard or read the tale before you. The Mahabharata has evolved over centuries with both the tellers of the tale and the listeners enriching it. It has made the transition from oral telling to inscription, to writing, to the stage, to film, television, to digital transformation  and now as video games.  It has travelled far out of its place of origin.  Its appeal is universal.

The epic has inspired authors across the globe. We have translations, transcreations and transliterations into English. Most readers are familiar with P Lal’s transcreation, RC Dutt’s version written in verse, the brief narrative of Shanta Rama Rau and RK Narayan’s slim volume. Bibek Debroy’s translation of the epic is in ten volumes—as is Ramesh Menon’s rendering. Other popular versions are by C Rajagopalachari and Kamala Subramaniam. William Buck’s Mahabharata is a gem.  The printed versions too have many formats from Kisari Mohan Ganguli’s twelve volumes all the way to Chindu Sreedharan’s Epic Retold available in Twitter format.

The Mahabharata is also referred to as itihas (as it happened). History can be poetic history (how one would like it to be told depending on orientation driven by  community, ideology, culture) or demonstrated fact (as far as it is objectively possible to achieve this). Everyone therefore seeks authentication of their poetic version. Most translations and renderings in English rely on two or three popular versions. The better known ones are what are known as the Chicago version edited by JAB van Buitenen and others, the Clay Sanskrit Library version and of course, the Critical Edition.