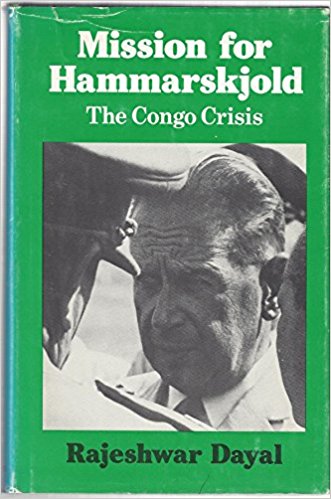 Dag Hammarskjold and the Congo Crisis are both fascinating subjects, joined together by the United Nations connection. Either would merit a book in itself by Rajeshwar Dayal who had an inti­mate knowledge of both. But in choosing to write on his ‘mission for Hammarskjold’, Dayal hardly notices the UN Secretary-General outside his Congo role and does not discuss the Congo crisis in its fullness, limiting himself to the period in which this mission was undertaken. The result is frag­mentary, being neither a portrait of Hammarskjold nor an account of the trauma attending the birth of an independent Congo, today’s Zaire, in which the UN played a unique role. Nor again is the book an autobiography of Dayal who, as India’s Permanent Representative at the UN, High Com­missioner to Pakistan, Foreign Secretary and much else, is a very seasoned diplomat with a good deal to say.