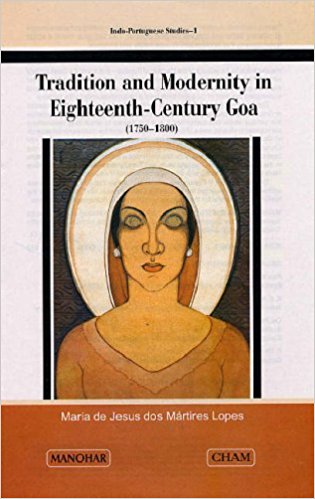 This is a much welcome translation of Mártires Lopes original work in Portuguese, first published in 1993, with a second edition (also in Portuguese) in 1999. As the author herself states in the preface to her first edition, this is one of the few times that material from the Pastoral Visits and Church Rolls in Goa has been used. This is not the only source whose publication whether in Portuguese or English makes this book a valuable contribution to the field of Goan and Portuguese history. The wealth of empirical detail on various aspects of eighteenth-century life provides many insights, particularly when this book is read alongside existing work on other periods of Goan history. Mártires Lopes’ material has been gathered across Portugal, Brazil and Goa, from national archives, University libraries, local church records and the Archives of the Patriarchal Curia of Goa. The author indicates in the first section of the book that the significant political marker of this century is the Pombaline reforms that were initiated in the middle of the century, in Portugal and the colonies.

The reforms of the Marquis de Pombal were enabled by his position as Minister under the King D. José I from 1750 until 1777; a period of dominance that was brief and cataclysmic. The Pombaline reforms have been customarily seen to typify Portugal’s engagement with Enlightenment thought – always in conflict with the strong monarchist and ecclesiastical traditions of the country.