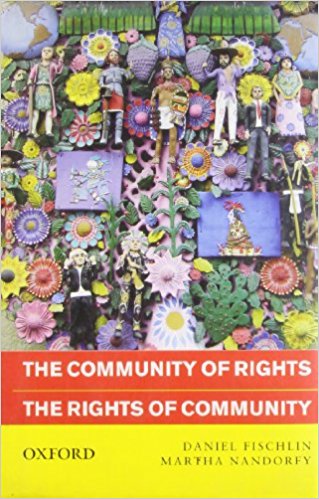 Sociality is a fact of human existence,however, not an unproblematic one.Even after centuries of contemplation, it is still as enigmatic as ever. With the advent of modernity, tension surfaced between the individual and the community to which the individual belonged. Sociopolitical thinking has been varying as to which aspect should be given prominence over the other. The dominant narrative of ‘human’ ‘rights’ largely recognizes the individual as the bearer of these rights with some concession to human collectives or groups. This epistemic bias has resulted in excluding certain conceptions and problems of marginalized communities from the mainstream discourses on human rights. Even when collectivities are recognized by the dominant discourses it is to accommodate the interests of the dominant collectivities in the name of national, religious and other cultural identities. Large, multinational business corporations are using the idea of community to articulate and promote their business interests rather than the interests of their employees or workers. The book under review, a third volume by the authors, attempts to offer us a comprehensive and critical understanding of the concept of ‘community’.