Toward Mid-life Crises and Beyond 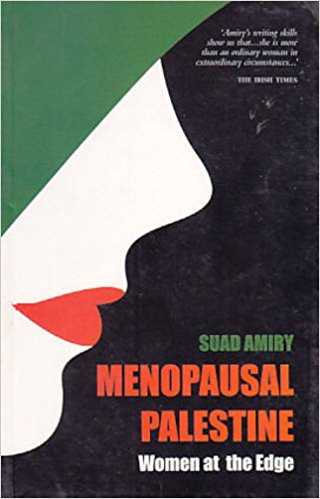 This is how Suad Amiry ends the preface to her book, Menopausal Palestine: Women on the Edge. So Amiry puts all the ingredients together, adds dollops of humour and irreverence, and succeeds in publishing an entertaining and insightful book on the lives of women in conflict-ridden Palestine. It is nothing short of brilliant to find humour in lives marred with the constant threat of conservative values and death. Menopausal Palestine is a fictionalized account of the lives of ten women, all of whom are either pre-menopausal or in the thick of the much dreaded phase of a woman’s life. Confronting the physical changes and emotional oscillations, they take stock of their younger selves, at another phase of their lives, i.e., menarche. None of these women claim watertight Palestinian identities—most of them have a mixed heritage, either by way of parentage or marriage. Neither is everyone an Arab—the sorority has a Greek Armenian and an American member. This exclusive club of elite women ends up with an unusual acronym—C.R.I.M.E or the Committee of Ramallah Independent Menopausal Enterprise—and even includes an Israeli for as Amiry puts it, part hilarious part serious, no crime can be complete without an Israeli.

The accounts of their lives are of course, anything but funny. Two threads run parallel—the destiny that awaits them as they are morphing into young women, and the violence of occupation impinging on their lives. Ever so often, the two are practically indistinguishable. Imprisonment awaits both within the household and outside its threshold. Seven of the ten women are growing up the fifties and sixties, when Israel was running amuck through the Arab world, trying to consolidate its position as a legitimate entity in the world.