Not Honed in An Ivory Tower 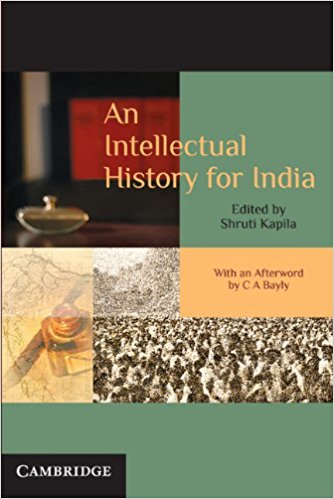 The volume under review is a reprint of a special issue of the journal Modern Intellectual History which came out in April 2007. As Kapila notes in the introduction, intellectual history as a genre has not quite developed in the field of Modern Indian History inspite of the pioneering work of Eric Stokes and Ranajit Guha, more than half a century ago. She goes on to argue that intellectual history—as practised by the writers in this selection—is not a craft to be honed in isolation. Rather it is intended as a specific intervention in the field, and offered as a way to circumvent the current historiographical impasse (identified as that between the ‘Cambridge’ and the ‘Chicago’ school); critique teleological histories (such as the Orientalist discoveries as fodder for nationalism), and nuance theoretical categories (political theory and religion as they operated historically cannot be disentangled easily). Even if one were not to question Kapila’s characterization of the ‘state of play’, a few questions immediately come to mind.

An explicit methodological argument for the kind of intellectual history that is purportedly carried out is not elaborated. Seeming to identify the enterprise with that of Quentin Skinner et al cannot be taken as argument, and one might be tempted to ask: if an idea is simply exhausted in its use in an argument, how is one to differentiate between intellectual, political, social, legal or any other kind of history which surely is also the documentation of debate and its various expressions? Furthermore such a position is not adequately self-conscious of its own deployment of terms in an aim to simultaneously refer to and record the ‘past’.