Toward an Inclusive Society 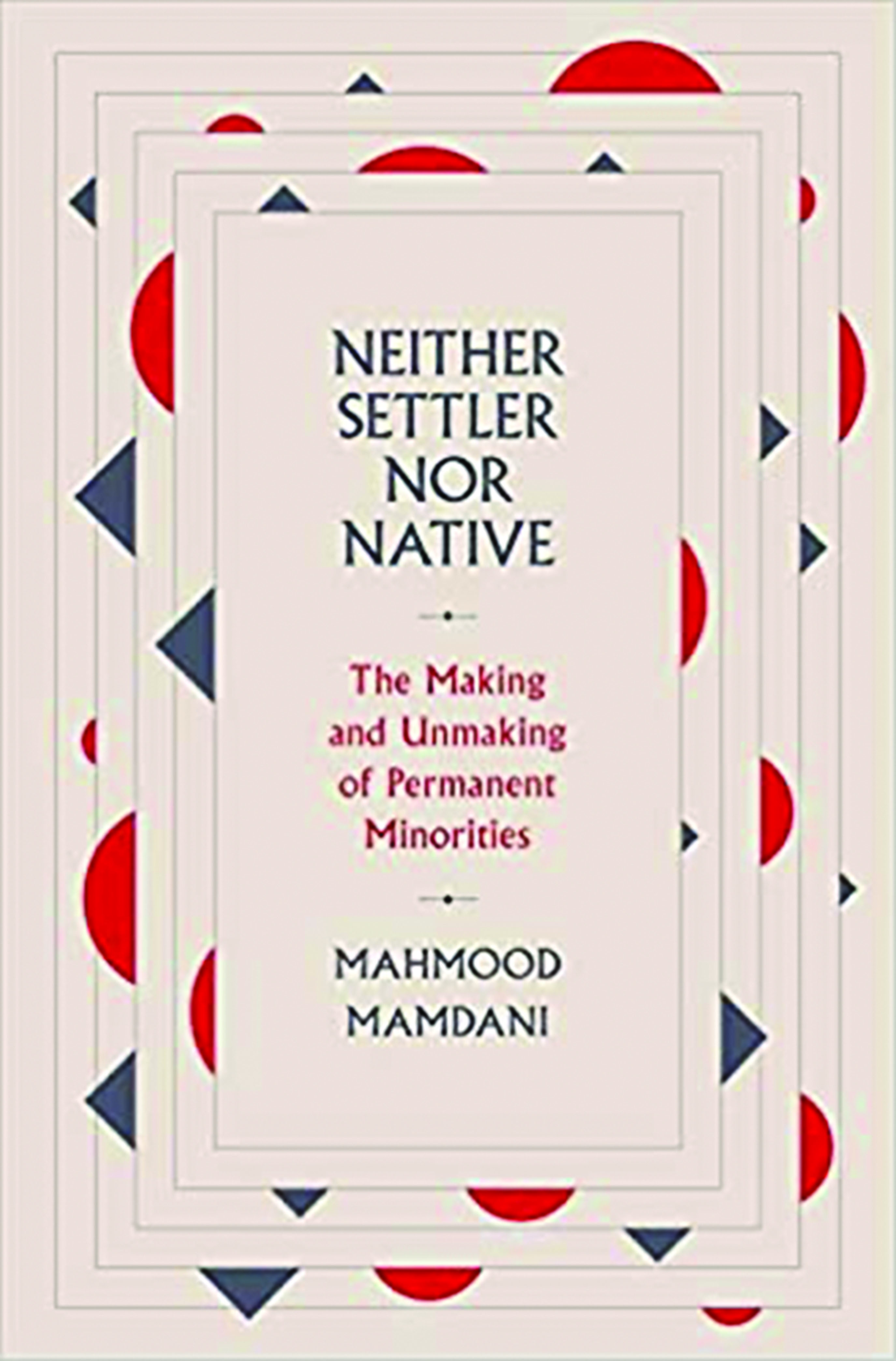 Toward an Inclusive Society
Sucharita Sengupta
NEITHER SETTLER NOR NATIVE: THE MAKING AND UNMAKING OF PERMANENT MINORITIES by Mahmood Mamdani Harvard University Press, Cambridge, Massachusetts, 2020, 401 pp., 799.00
April 2021, volume 45, No 4

Mahmood Mamdani’s book Neither Settler nor Native: The Making and Unmaking of Permanent Minorities, explores a seemingly simple question: who belongs to the nation? This is a particularly  good moment to ask this question, even if it has already been asked many times before. The world is at a historical moment where shrill nationalism is the flavour du jour. It is rendering the past unrecognizable and the future uncertain. Fear and restrictions are its primary currencies, and far from the garbled promise of stability, it is inducing greater instability in the lives of the people. Mamdani answers his question by tracing the history of nationalism as a principle to organize the political association that is the state. He highlights the fact that violence will necessarily be the basis of such a state, and also its consequence. He eventually makes the case for a rejection of nationalism as the organizing principle for the state. In the process, he questions the human rights regime and examines its role in furthering a pernicious nationalism.

Unlike the popular narrative that pins the date for the early formation of the nation-state at the reunification of Italy and Germany, or even the Treaty of Westphalia, Mamdani pushes the date back to 1492, to the creation of what became Spain. In the early modern period, this was the earliest instance of creating a homogenous state. The entire process was rife with violence and genocide. Though the Treaty of Westphalia brought in temporary respite with the idea of ‘tolerating’ people who were different, the nationalist project was well and truly unleashed. This coincides with sending explorers to other parts of the world in search of resources, the most noxious of them, Christopher Columbus, also emerging from the same regime. Hence, we have the early stirrings of colonialism, also based on unimaginable violence.