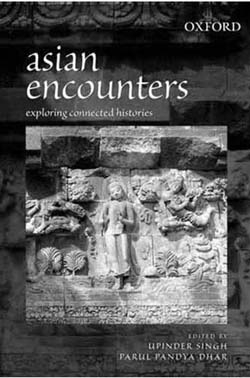 Inter-Asian connections and linkages have a long and fascinating history, and an equally fascinating historiography. The southeast Asian connections, in particular, have received much attention, having been examined through a variety of prisms, ranging from the ‘Greater India’ idea of the early decades of the 20th century, to Sheldon Pollock’s hypothesis of the ‘Sanskrit cosmopolis’ of the beginning of this century. As pointed out in the introduction itself, scholarship on ‘cross-cultural Asian interactions … still tends to be in a reactive mode’. This book makes a refreshing change, in the way in which it addresses the theme of connected histories, and underlines the multiplicity of ways in which such connections can be explored to give a richer understanding of the time and space.