In The Medieval Indian Context 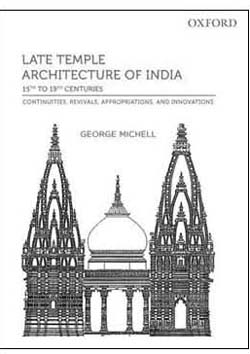 George Michell is a Professorial Fellow at the School of Architecture in Melbourne. He has dedicated the major part of his academic career to look at architecture in the medieval Indian context and more specifically at temple architecture. His prolific writings on temples in the Deccan and on the monumental ruins of the Vijayanagar Empire testify to his long term involvement with this knowledge domain and his command over the academic field of India’s architectural heritage.

* Syed Ali Nadeem Rezavi’s book Fatehpur Sikri Re-visited (OUP, 2013) is a fascinating study of the architectural features of these clusters of monuments.