The World of Bombay Cinema 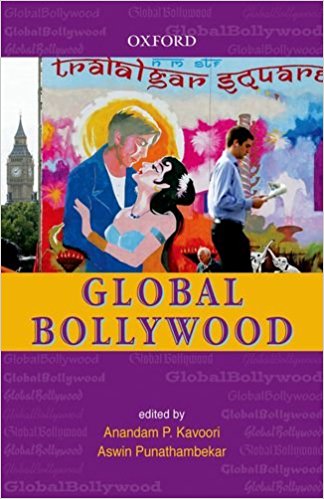 When I first heard the title, I mistook this co-edited volume to be a sequel to Global Hollywood and Global Hollywood 2, the well-known co-authored books that provide an analysis of how Hollywood globalized itself to become the most powerful film industry in the world. Expecting Global Hollywood 3, I was pleasantly surprised to see a bright purple hardbound book with photographic artwork of a kitschy Bollywood film hoarding in London. Curiosity prompted a question: What kind of questions would such a collection of essays pose and how would it answer them, given similar-sounding precedents have employed the terms ‘Global’ and ‘Hollywood’ to showcase new methodological interventions in film studies, producing rigorous scholarship on the most influential film industry in the world? Was this a consideration at all?

The co-editors etch numerous queries on a focused canvass; some are answered by their selection of essays and some remain themes and issues for further inquiry. While highlighting the now identifiable features of a reconfiguration of Hindi language Indian cinema as Global Bollywood after the Indian state ratified the necessary agreements to become part of a transnational political economy, the book claims that an exponentially expanded bandwidth of the mediascape called Bollywood across the globe has ensured thinking differently about, and revising existing notions of the links between ‘geography, cultural production and cultural identities…’ When and how did Bollywood emerge as an arena of public culture distinct from Hindi language Bombay cinema? In what ways do diasporic imaginations of India shape Bollywood’s encounter with the global? How can we rethink the state’s relationship to cinema given varied state institutions’ defining role in the corporatization and globalization of Bollywood? What new modes of distribution, reception and exhibition have emerged in different sociocultural contexts and how do we study them? How are stars constructed in Bollywood? Can Bollywood’s convergence with new media and fan practices that emerge therein, be historicized? In what ways has Mumbai’s emergence as a centre of transnational cultural production changed its relationship with regional and international media capitals?’ The book tackles all these concerns, and stresses the importance of continuing the investigation of the industry’s intersection with the global in order to understand ‘the social, cultural and political dimensions of media globalization’. Methodologically inclusive of conventional methods and inter-disciplinary trends in film scholarship, it claims not to offer a paradigm shift, yet, a departure from recent work that focuses on representation in filmic texts and the formal properties of films produced by the Indian film industry. The editors do not attempt to guesstimate the extent and reach of Bollywood or its overtaking Hollywood. Rather, they state that ‘the reconfiguration of the imaginations and practices of various stakeholders will make sure that Bollywood continues to be important in international flows of cultural goods’. Nor do they articulate any particular engagement with the two Global Hollywoods.