The Terrorist Knows No Borders 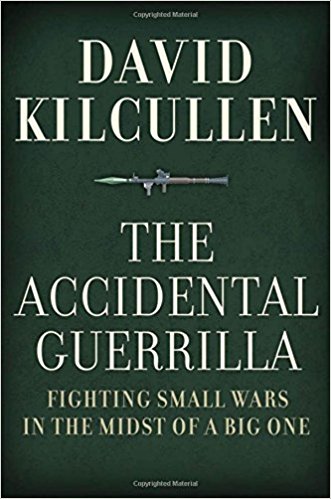 Noted Pakistani author Ahmed Rashid speaking of the problem nearer home, says that: ‘The Pakistani Taliban movement is turning into a multiethnic movement, not limited to Pashtuns; I no longer say that there’s a creeping Talibanization in Pakistan—it’s a galloping Talibanization.’ Those dire words provide a fitting supplement to the clumsy sub-title chosen by the author of this book. Globally considered the Big War against terrorism gained international support after 9/11 destroyed the myth of American invincibility and the Twin Towers were brought down by the al Qaeda highjackers. Terrorism, of course, has been with us for centuries as, indeed, have insurgency and guerilla war. Favourite examples in the western literature are Spain during the Napoleonic age and Yugoslavia in more recent times. Aurangzeb’s fruitless campaigns against the Marathas seriously weakened the Mughal Empire. Small wars can ruin great armies.

David Kilcullen comes to this subject with impressive credentials. An Australian Army officer, he served in several theatres of the ‘War on Terror’ after 9/11. He also possesses a PhD in political anthropology. He has been the chief counterterrorism strategist for the State Department and Adviser to Condoleezza Rice and General Petraeus. The blurb describes him as ‘one of the world’s most influential experts on guerilla warfare’, whose revolutionary concepts have provided the intellectual grist for the revamped American strategy to deal with the situation in Iraq and Afghanistan.

What is ‘accidental’ about guerrillas? The author distinguishes between unified and worldwide terror networks and insurgents with limited aims and, maybe, legitimate grievances—the LTTE, now in total disarray, provides a good example. But this syndrome exists all over in places like Xinjiang, Chechnya, Palestine, Kashmir, Lebanon, Somalia and elsewhere. The latter category of militants is identified as ‘accidental guerrillas’; clearly a distinct strategy is needed to combat them. The border region between Afghanistan and Pakistan has been identified as being ‘the classic instance of an accidental guerrilla syndrome, with heavy-handed government intervention in a highly traditional and xenophobic society producing a major backlash with extremely far-reaching implications for regional security.’ Nobody can seriously question this conclusion.