The Stupa in Context 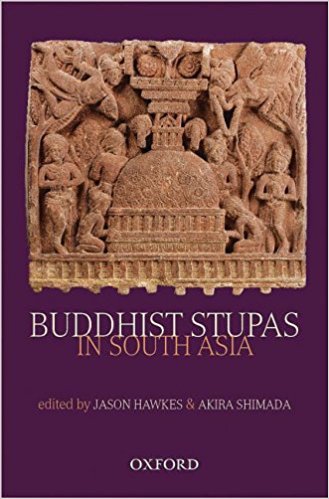 Jason Hawkes and Akira Shimada rightly point out in their Introduction to this book that although Buddhist stupas have been studied by many scholars over a very long period of time, an integrated understanding of the stupa still eludes us. The fifteen chapters of this book offer representative samples of the various approaches to the stupa—those from the fields of archaeology, history, art history, and textual studies. The introduction by Hawkes and Shimada gives a useful overview of the unfolding of the western understanding of the stupa and the different perspectives from which it has been viewed. The first section of this book looks at the discovery of Buddhist stupas in colonial India, with a basic focus on the 19th century. Such an inquiry has to examine the discovery, exploration, excavation, and documentation of stupa sites as well as what happened to these sites due to various interventions.

It also has to look at how this process was interwoven with the interpretation of ancient Indian religions, Buddhism in particular. Thus, the subject of such an inquiry is not only the construction of knowledge about Buddhism, but the story of what happened to Buddhist sites on the ground. Some (such as Amaravati) were destroyed, while others (such as Sanchi) were conserved and restored. The challenge in reconstructing these stories is to discover the small but important missing details and, and at the same time, to contextualize these details within larger disciplinary, institutional, political, and historical frameworks.

While its title highlights the intersection of ‘Buddhist’ archaeology and identity in the colonial period, Himanshu Prabha Ray’s essay actually gives some broad brush-sweeps of the well-known story of archaeology from Alexander Cunningham onwards and the expansion of the sacred geography of Buddhism from the Mauryan period. The fascinating details of the East Asian and Sri Lankan links with Bodh Gaya over the centuries deserve to be explored in greater depth and detail. The focus of Jennifer Howes’s essay is the Amaravati stupa. The basic outline of this story, from Mackenzie’s visit to the site (which she points out took place in 1798, not 1797) is well known. Howes adds to this an account of the history of five Amaravati sculptures originally documented by Colin Mackenzie in 1816–17. What we now need is a filling out of the 20th century story of the Amaravati sculptures, one which does not only take into account the pieces which landed up in the British museum, but also in other western museums.