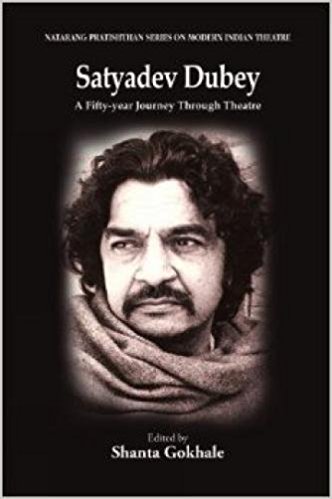 Alkazi, patrician, disciplinarian, master of the monumental; Tanvir, the Pied Piper of Chhattisgarh, who won the world with his mer-ry troupe of rural performers; Karanth, peripatetic minstrel, visionary, musical genius, and Utpal Dutt, feisty Marxist, acid-tongued, master of heroic melodrama. The one important name missing from this roster is undoubtedly that of Satyadev Dubey. With characteristic disdain for courtesy, he was born in the following decade (in 1936, to be precise, and he died last year); to be a late gatecrasher doubtless pleased him.

Satyadev Dubey: urchin, teacher, master of speech. Originally from Madhya Pradesh, he came to Bombay to become a cricketer, but was seduced by theatre. (Fittingly, he refused a role in the movie Lagaan years later, because that would have kept him away from Bombay for too long. Again, theatre won over cricket.) He was a ‘converted’ (his term) Maharashtrian, directed dozens of plays in several languages, mostly in Bombay, but also many for the NSD, he men-tored playwrights and introduced generations of actors, including some very famous ones, to the difficult pleasures of the spoken word. Like Utpal Dutt, he did not head a theatre institution. He, too, dabbled extensively in cinema, especially as script and dialogue writer to his friends Shyam Benegal and Govind Nihalani. (He acted too, sometimes in bit parts—for instance as the coolie whose killing galvanizes the Angry Young Man of Deewar into daring the thugs who collect hafta from the dockworkers.)