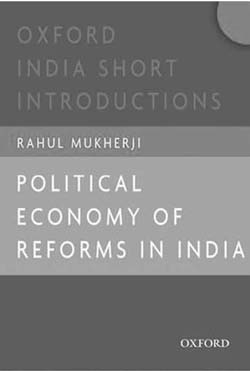 Part of the Oxford Series of short introductions Political Economy of Reforms in India by Rahul Mukherji runs over 200 pages. The book’s four compact chapters addressing the major themes of economic reforms and social change in a chaotic democracy delineates both the success of India’s growth model in the post-liberalization period as well as the predicaments of poor infrastructure, inefficient public delivery system and low literacy levels that it produces.