The Political and the Personal 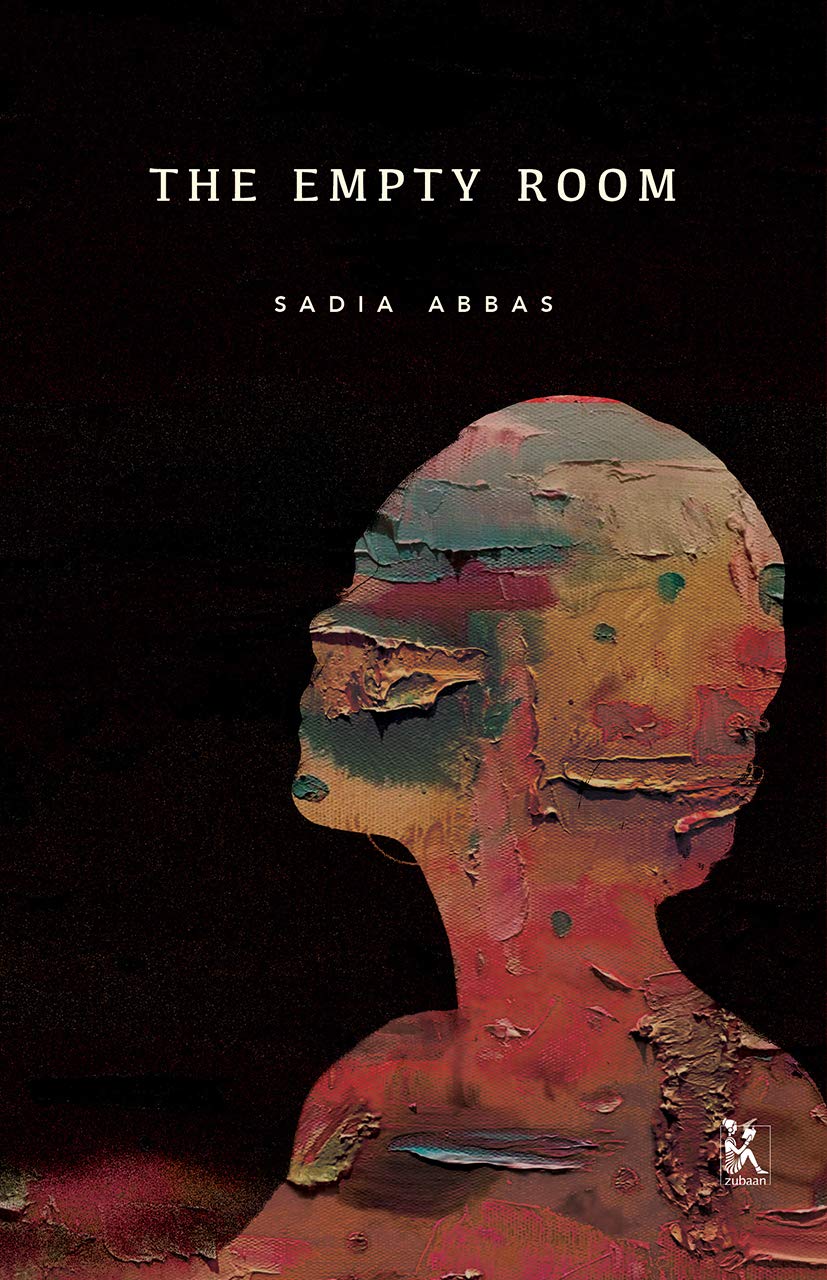 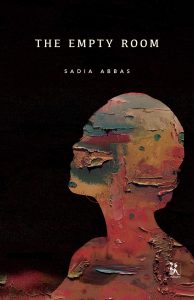 and when we speak we are afraid

our words will not be heard

but when we are silent

we are still afraid

So it is better to speak

we were never meant to survive

Sadia Abbas’s debut novel, The Empty Room, is a diligently crafted piece of work that details the intricacies of the life of a married woman in Pakistan. The character-driven story unfolds in Karachi between the years 1969 and 1979, a period of immense political tension in the country, and in the author’s own words, ‘one of the most turbulent times that the country witnessed.’ Four regimes came into power during this tumultuous time and the country was steeped in civil war. The personal often crisscrosses the political, and while critiquing gender norms, the novel also evaluates the political state of the country.

Much has been said and written about the proliferation of Indian fiction in English. But academic literature, on its Pakistani counterpart, is relatively new and it is an area that has immense potential for further research. However, it can be said that there has been a recent development of Pakistani fiction in English, especially post 1990s. Like India’s Midnight’s Children moment, this fiction was put on the international map by a series of novelists which included Kamila Shamsie and Mohsin Hamid, among many others. In The Empty Room, it is evident that Abbas has been influenced by the themes that Kamila Shamsie deals with—the political and the personal. Indeed, much like Shamsie and most other Pakistani English novelists, Abbas is settled in the West but seeks to become an authentic voice of the nation and the many struggles it went through.

The protagonist here is Tahira, a talented artist who is married off to Shehzad, a wealthy young man. Her monologues hint at a progressive upbringing, and she surrounds herself with friends who are politically active with a modern outlook. Her brother Waseem is a socialist and her best friend Andaleep, like Tahira, is a staunch feminist. But her marriage proves to be less than successful. The novel foregrounds the unequal relationship between the two families (Shehzad’s and Tahira’s) at the very onset, and the author does this without any theatricality. The readers are familiarized with this equation in a no-nonsense and matter-of-fact manner. Take, for example, the way in which the novel opens. It is Tahira’s first morning waking up in a different house, next to her husband. To her humiliation, her sisters-in-law barge into her bedroom and ask her to get out. And as soon she comes down, she is chastized by her mother-in-law about the inadequacy of her dowry and the cheapness of her belongings. As Tahira learns soon, everything about her marriage is a facade, a show to keep up appearances.

It is also a novel about suffering and quiet resilience. This comes across in the restrained manner in which Tahira responds to the unfairness she is subjected to. She does not argue or talk back to her mother-in-law and puts up with her husband because ultimately, she is worried about her virtue and her family’s status. Her concerns are about her younger sisters and what they would be left with, if she decides to get a divorce. At one point, Shehzad gifts her an instruction book of wifely duties and advises her that a wife is the epitome of feminine virtue. And that is what she becomes.

But one is not to assume that the protagonist does this with ease. As the novel progresses, Tahira’s equation with her parents alters drastically. She withdraws into herself and drifts away from even Waseem and Andaleep. What puzzles her most is the unexciting sexual intercourse that she and Shehzad carry out in silence. She reflects greatly on how two minds, or rather two bodies—as unlike as hers and Shehzad’s—can come together without any conversation or longing for each other.

Eventually, Tahira finds solace in the beautiful paintings of Chughtai and Botticelli. On a visit to London with her husband, the latter’s Mars and Venus fascinates her. She draws a comparison between the making of this famous painting and her own life:

Had he edged closer to the fire, feeling the heat as the flames grew higher and hotter, until sweat crept all over him? Had he hesitated before he consigned his paintings to the flames, walking delicately around the edges of the zealous, devouring fire imagined the terror of immolation? Or had he flung them in without pause, without imagining? Did it take tremendous courage to do what he had done or was it just an act of cowardice? She thought it must take discipline and commitment and strength. And then wished he hadn’t had it (pp. 98-99).

At one level, the novel can be categorized as a bildungsroman because we see Tahira evolving from a naive twenty-one year old bride to an independent mother of two children. Indeed, it also seems like the author is giving the reader some ray of hope about the entire situation. The protagonist takes up a job as an Urdu teacher in a nearby school and one even finds a slight improvement in her situation. There is even a section where she reflects on how motherhood has empowered her as a woman, allowing her to look beyond the frivolities of her daily life. Slowly, she starts going back to her older life and painting again. And with this, she is also able to gain some amount of herself back. In fact, this is very evident in the mature way that she confronts her husband about the multiple affairs he has been having. Rather than putting up with it, she demands of her husband to stop it all at once.

Like several of her contemporaries—Fatima Bhutto, Kamila Shamsie and Rafia Zakaria, Abbas seeks to expose the evils of misogyny inherent in Pakistani society. She does this through a deep exploration and comparison of Shehzad and Waseem’s masculinities, which are positioned contradictorily to each other. The latter is a socialist and  supported Bhutto’s rise to power. His masculinity is defined with respect to his political views and activities; in fact, one does not find him carrying out normal everyday conversations, but only nuanced heated discussions on politics and literature. Shehzad, on the other hand, aspires to be the perfect householder. He has a rags-to-riches story to recount and values money, hard work and prestige more than anything else. While he treats Tahira with contempt and distance, he cares deeply for his mother and sisters. Abbas has sketched him in such a way that it becomes difficult for the reader to identify him as a full-fledged villain. On the contrary, he is riddled with contradictions. He admires his wife for her talent and her ability to carry herself so well, but at the same time, resents her for not being as perfect as he would like her to be. One could even say that Abbas stays away from labelling her characters into absolute categories and presents them as wonderfully flawed; real characters that function with their own principles. This is true for Tahira and Andaleep as well because they are completely different from each other. But rather than portraying them as occupying two separate ends of a dichotomous relation, they are both shown to be borrowing elements of each other. For example, after her best friend and brother dies, Tahira finally starts to react. And Andaleep is shown to be vulnerable when it comes to matters of love.

It is interesting that Abbas chose to stick to much-explored themes for her novel. For example, placing her characters in Karachi is no coincidence. It is a city that has seen a lot of migrant influx and in the process has become a hotbed for all sorts of violence. For example, see the following paragraph from Saba Imtiaz’s Karachi, You’re Killing Me! −

He asks me why I’m in such a rush, and when I tell him I’m a journalist, he tells me about his nephew who was shot in broad daylight when a thug from an anti-Pashtun political party heard the Pashto song that was his phone’s ringtone. (Imtiaz 2014, p. 18)

The underlying tone of the novel is simple, and in some cases, tending towards the rebellious. In language and in theme, it parallels the complexity that one finds in Fatima Bhutto’s debut novel, The Shadow of The Crescent Moon (2013). Like Bhutto, Abbas chooses to narrate the personal and the political, resulting in a heady mix that can leave the reader shaken. But unlike Bhutto’s cryptic syntax, Abbas opts for a simpler language, letting the narrative take control on its own.

The Empty Room is an engaging read that taps into several concerns at once—political instability and anarchy, sexual abuse and gender norms, to name a few. Minor flaws aside (it does seem fast-paced and unfinished at times), it is a brilliant exposition of the political trauma that Pakistan went through during the 1970s.

Aysha Iqbal Viswamohan is Professor of Film Studies, Drama and Popular Culture in the Department of Humanities and Social Sciences, IIT Madras. Among her several books are Behind the Scenes: Contemporary Bollywood Directors (Sage, 2017), and Post-liberalization Indian Novels in English: Global Reception & Politics of Award (London: ANTHEM, 2013).

Gopika Gurudas did her Masters (Five Year Integrated) in English Studies from the Department of Humanities and Social Sciences, IIT Madras. She is currently working as a Research Assistant in the National Assessment and Accreditation Council, Bangalore.