The Point is not to Pocket the Truth, But to Chase the Truth… 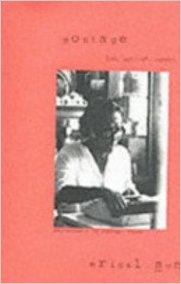 This is a big, heavy book weighing about 5 lbs., but it is not heavy reading. On the contrary, it seems designed for scatter-brained, distracted reading—rather like watching a TV Talk Show, punctuated by commercial breaks and ‘recaps’ for those ‘who have just joined us’. The breaks here consist of numerous film and shooting stills from Mrinal Sen’s films, which interrupt rather than illustrate the text. Like those commercials, however, some of the stills are independently interesting. For the rest, the book is a compilation of interviews with Sen by various admirers of his, and of jottings by Sen himself—recalling his early days, his hometown Faridpur in what is today Bangladesh, and so on.  Rewind back to Calcutta of the 1960s-70s and Mrinal Sen emerges—from amidst coffee houses and college campuses animated with anger, joblessness, cigarette smoke, and the red-blooded language of Naxalbari and Marxism-Leninism—as the Enfant Terrible of Indian cinema. The film I remember most from those days is a subtitled version of Sen’s Interview (1970, black & white), or was it his Calcutta 71 (1972, b&w)? The last scene in Interview, yes that’s the one, shows the film’s young jobless protagonist staring at a brightly lit mannequin in a shop window, late at night.