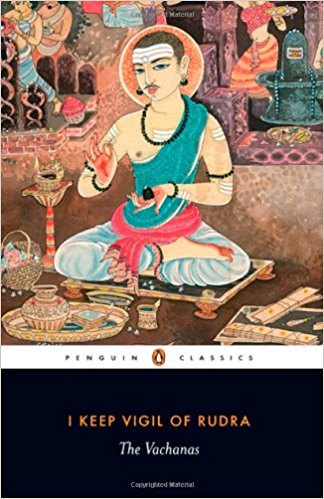 A K.Ramanujans translation of vachanas came out from Penguin in 1973, nearly four decades ago. The present re-translation and re-look at the Virasaivite vachanas by H.S.Shivaprakash and its publication by Penguin is therefore most timely. Some things are striking about the persona of both these translators. Both are poets and have shared interests in theatre and folklore. But the one major difference is Shivaprakashs own spiritual journey which dovetails into the sacred quest of many of the vachanakaras. The result is a deeply experiential book dedicated aptly to his own Guru Shree Shivalinga Mahaswamy.
Shivaprakashs longish introduction of seventy pages situates the vachanas and the vachanakaras in historical time and space. The broad span was from the twelfth to the seventeenth centuries.

The period witnessed tumultuous political changes. The Chalukyas of Kalyana rose and fell and were succeeded by the Kalachuris. The supremacy of the Kalachuris in the Karnataka region was to prove crucial to the political nurturing of the Virasaivite ideology since Basaveshwara referred to reverentially as Basavanna was a minister under Bijjala, the Kalachuri king. The egalitarian thrust of the Virasaivite movement threatened to upset the applecart of brahmanical orthodoxy which lobbied hard to re-capture its religious and political dominance. Royalty was caught in the cross-fire of social flux and a resistant orthodoxy. Events took a tragic turn Basava blessed the union of the children of a brahmin and a shudra. Succumbing to orthodox pressures King Bijjala executed both and was in turn murdered by radical Virasaivites. The blood-bath that followed left many Virasaivites dead and the rest went underground. Basavanna went into self-imposed exile and died a disillusioned man.