The Phenomenon Of ‘Hurt Sentiments’ 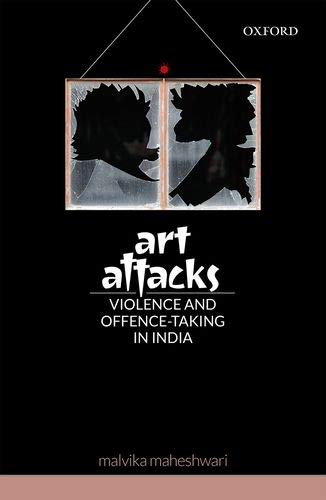 Malvika Maheshwari’s book on the extra-constitutional attacks on artists and artworks in post-Emergency India, adds productively to the literature on free speech and censorship. Emerging out of her PhD dissertation and research conducted between 2008 and 2016, the book maps a history of `hurt sentiments’ and violent attacks through studying a selection of controversial events. Divided into three parts titled Prescript, Politics and People, the book takes us through the drafting of Article 19, subsequent litigations around art and free-speech, offence-taking in the time of criminalized politics in the 1980s and the rise of Hindutva-led `street censorship’ in the 1990s. One chapter is devoted to the sustained attacks on painter MF Husain. The first of the two concluding chapters draws attention to individuals who lead the attacks while the last chapter studies the entry within the ranks of the artists, dissenters who violate the contract of `peaceful disagreement’ and incite violence against their counterparts.

Straddling several decades, the chapters engage with a diversity of speech-related controversies including some that have tended to receive less attention than they deserve, like the killing of street theatre-activist Safdar Hashmi in 1989, the `banning’ of The Satanic Verses in 1988 and in 1992, the hounding of Jamia Millia Islamia’s Professor of History, Mushirul Hasan, by some students and teachers of the university resulting in a university shut-down lasting three months. Maheshwari locates her very competent ethnography of ‘art attacks’ against the larger transformational politics of India.

Since the bulk of the book deals with speech-related controversies about which much has already been written, where does Maheshwari’s book seek to make its intervention? There are two lines of argument that the author pursues. First, she draws attention to the inherently fraught nature of Article 19 that provides the constitutional guarantee of free speech and expression by returning us to the fraught nature of the debates during its drafting. Taking Article 19 as a point of departure, she attempts to understand how democracy’s capacity to ‘both birth and nurture violence’ is more a norm than an exception thereby placing severe limits on the ‘imagination of the Constitution’s liberal project’ (p. 5). In other words, the tension between free speech (as fundamental right) and equal rights and dignity (as restriction when violated) is thrown into relief when sentiments are allegedly hurt. The tension between speech and restriction, as other scholars have also argued, has a long history and is therefore a productive line of flight through which to understand the more contemporary iterations of this conflict.