The Outlook on Afghanistan 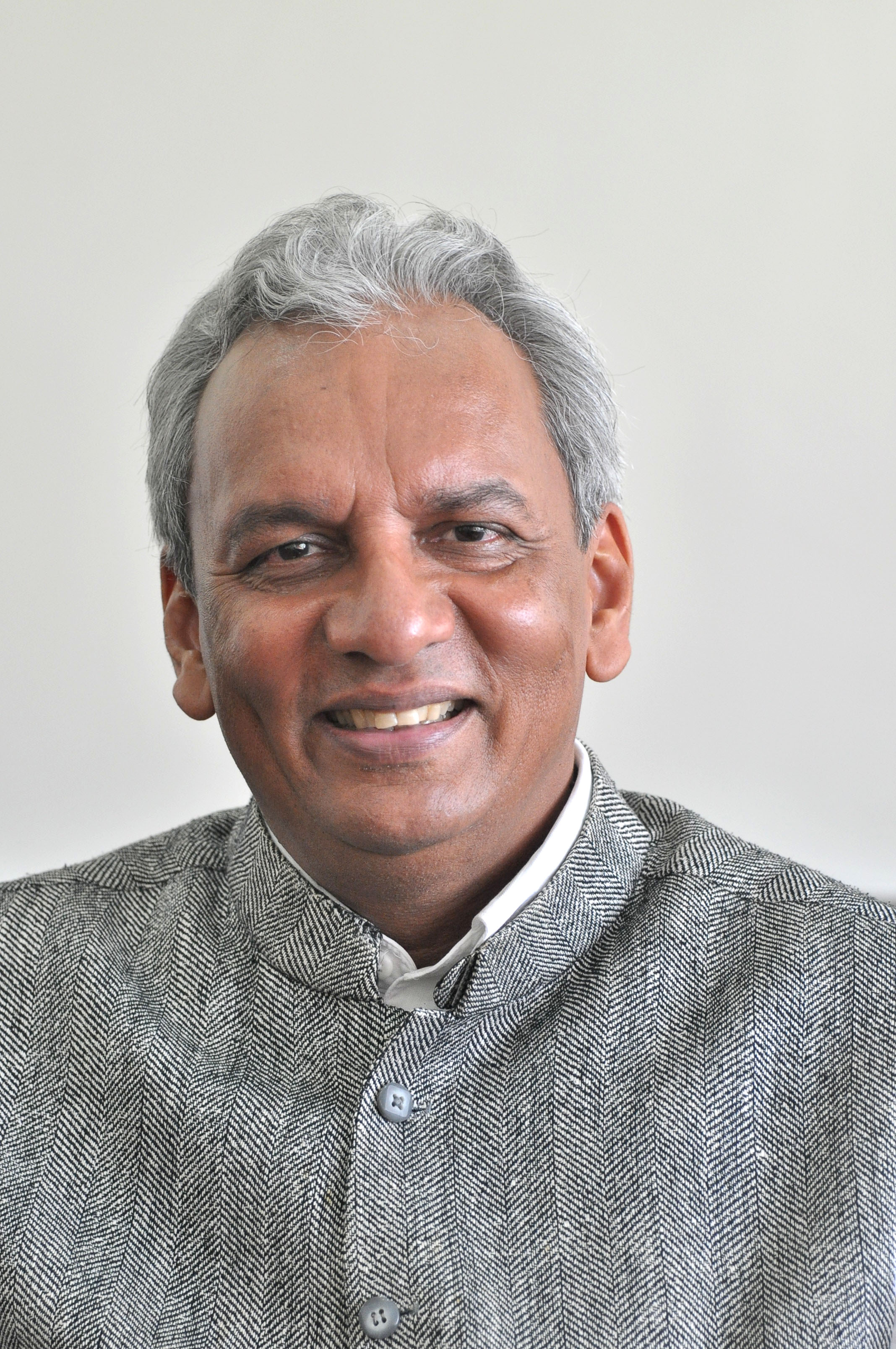 Afghanistan has undergone more changes in the past fourteen weeks than in the last twenty years. There are no more indiscriminate bombings and night raids since the US and NATO forces withdrew. The Taliban swept into Kabul on August 15, within nine days of capturing the first of the 34 provincial capitals, Nimroz. On September 11, its flag flew over the Arg Presidential Palace and the erstwhile US Embassy.

Yet, peace and stability have eluded Afghanistan. The benign face of the Taliban has gone. One of the first acts of the Taliban was to promise a general amnesty. On the contrary, reports of retribution, killings, and ethnic cleansing are beginning to pile up.

The National Resistance Front has been largely suppressed in Panjshir, but the unvanquished resistance fighters have moved up the mountainsides from the valleys. Spontaneous protests, largely of women, have broken out in many Afghan cities. Another commitment of the Taliban was to ensure gender equality, within bounds of the Sharia. Girls are attending the few schools and colleges that have reopened and female doctors and nurses back on duty. But there are no women in the ministries or government offices. If they are visible, as on social media, it is at street marches or being beaten.

Half a million internally displaced Afghans are without shelter or food. According to the United Nations Development Programme, 97 per cent of Afghans will face poverty by the middle of next year. More than a third of them, says the World Food Programme, are on the brink of starvation. Until 2020, India supplied wheat under its assistance programme. It is unclear which countries will provide wheat to Afghanistan now.

The annual external assistance needed by Afghanistan in recent years was $4 billion. The November 2020 donors’ conference had pledged $3.3 billion. In response to the appeal by the United Nations, donors in Geneva on September 13 pledged $1.1 billion. Actual disbursements will depend on the Taliban government’s actions and the follow-through by the donors. The United States announced a grant of $64 billion, more than double what China announced by way of emergency aid. The US representative said that the aid agencies will not be able to do their job if the Taliban does not uphold humanitarian principles. The Chinese assistance will perhaps just about suffice for the upkeep of the Taliban fighters.

The Taliban Government is a repository of notorious personalities. Five of its members were incarcerated in Guantanamo Bay. Two of them, Interior Minister Khalifa Sirajuddin Haqqani, and the Minister for Refugees, Haji Khaleel-ur Rahman Haqqani, have US Rewards for Justice bounties of $10 and $5 million, respectively. Several Cabinet members figure on the United Nations Security Council 1267 Sanctions Committee list or the European Union’s list of terrorists subject to restrictive measures. The Islamic Emirate’s Head of Government, Mullah Muhammad Hassan Akhund, ordered the destruction of the Bamian Buddhas. All of them embrace Islamism and are misogynists, ethno-nationalists, and anti-Shia in their orientation. Mullah Abdul Ghani Baradar who negotiated the Doha Agreement with the United States has been eclipsed.

Whether or not Mullah Baradar was injured in his fracas with the Haqqanis in the Arg Palace in Kabul, the rift within the Taliban ranks is out in the open. The division of spoils has led to intense intra-Taliban factionalism. The Heads of its Military Commissions in eastern and western Afghanistan, Qayyum Zakir and Sadr Ibrahim, respectively, who had physically occupied the Defence and Interior Ministries, have since been ousted from there and the two ministries handed over to Maulvi Muhammad Yaqoob and Khalifa Sirajuddin Haqqani.

The Taliban’s principal problem is that it does not have a united and visionary leadership. Most of its leaders are experts in Islamic theology or warfighting. Those with an insurgent mindset will find it difficult to transform themselves into nation-builders. They will find it hard to co-opt experts in running an administration or managing the national economy.

The United States had been trying to leave Afghanistan for over a decade. It is how U.S. troops and contractors were clandestinely airlifted out of Bagram that led to the collapse of the Afghan security forces. The air defence systems of the helicopters and aircrafts left behind were incapacitated, rendering them inoperative. Under-supported, without medevac, air support, intelligence, heavy weaponry, and deficient in supplies and ammunition, they incurred unsustainable losses and soon folded up completely.

The Doha Agreement legitimized the Taliban. Both its protagonists were pursuing the same objective: the withdrawal of US troops from Afghanistan. It was wrongly called an ‘Agreement to bring Peace to Afghanistan’. The Taliban head, Hibatullah Akhundzada, called it the ‘Termination of Occupation Agreement’. Even if the US negotiator, Zalmay Khalilzad, misled Afghan leaders by his equivocation, there is little point in treating him as the fall person. The United States had conceded the war when in 2009 President Obama had announced an exit policy from Afghanistan. He had also told Afghan leaders that fighting the Taliban was no longer a US responsibility. US troops had already ceased combat operations in 2014. President Trump accelerated the withdrawal process by backing the Doha US-Taliban negotiations without seeking any firm guarantees of the Taliban’s good behaviour. President Biden, who did not believe that the United States had any moral commitments to the Afghan people, only delivered the coup de grâce.

Pakistani ownership of the Taliban’s victory was bought home in the visit to Kabul by the Director-General of Pakistan Army’s Inter-Services Intelligence, Lt. General Faiz Nadeem—coinciding with the Taliban’s military operations against the National Resistance Front in Panjshir and government formation by the Taliban. Hameed ensured a pro-Pakistan and Haqqani-heavy Taliban Cabinet. The heavy-handedness both in government formation and the use of Pakistan Army special forces, attack helicopters and drones against the resistance boomeranged, leading to a spate of protests across Afghan cities.

Hameed’s conspicuous visit to Kabul caused some embarrassment to the Taliban, which was shown up as Pakistan’s proxy. In response to women chanting anti-Pakistan slogans, a Taliban commander was heard on camera telling a woman’s group ‘Pakistan is not worth a single hair string of yours—we are independent, and we are no one’s slaves.’  It is a different matter that from the following day, there was a crackdown on dissent.

Notwithstanding Pakistan’s declining popularity in Afghanistan, traditionally the two countries have had close cultural, religious, economic, and familial ties. Former President Hamid Karzai used to speak of their being conjoined twins. Pakistan’s nurturing of the Taliban and deep involvement in current developments in Afghanistan has actualized the creation of AfPak, first conceived by the former US Special Representative for Afghanistan and Pakistan, Richard Holbrook.

One of the consequences of AfPak will be the imminent push by Tehrik-e-Taliban Pakistan to create an Islamic Emirate in Pakistan. Its logic is that what is good for Afghanistan should equally suit Pakistan. Another complication for Pakistan is that many Pushtuns in Afghanistan, including within the Taliban, believe that the Pushtun majority territories up to the river Indus across the Durand Line (forcibly annexed by the United Kingdom), rightfully belong to Afghanistan. The consolidation of AfPak spells trouble for Pakistan.

The response to the Taliban Government

Contrary to the Taliban Government’s expectation of rapid and widespread recognition of the re-established Islamic Emirate, this has not happened. Of the many countries that had shown early enthusiasm for the Taliban, the most active are Pakistan, Qatar, and China. The others have become somewhat more reticent about the developments in Afghanistan. President Ebrahim Raisi of Iran on September 9 called for the establishment of a government in Afghanistan based on the people’s vote. Earlier, an Iranian spokesperson had strongly condemned foreign intervention in Panjshir, asked fratricide in Afghanistan to cease, and described the blockade of Panjshir as a contravention of international law.

Afghanistan cannot be the regional trade, transportation, energy, and minerals hub without stability. The correct international attitude, including for India, would be to respond creatively in providing for the basic needs of the Afghan people, abstaining from recognition of the Taliban Government, and holding it accountable for the commitments it has made. One of these is to allow Afghans and foreign nationals to leave Afghanistan in a safe, secure, and orderly way, encapsulated in the United Nations Security Council Resolution 2593. By resuming grants of student, medical, and emergency visas to Afghans, India can test the Taliban Government’s fidelity to its promises.

While mindful of the limitations imposed by the state of the Indian economy and the absence of contiguity with Afghanistan, India must continue to support the Afghan people. India’s diplomatic dexterity will be tested since India must simultaneously interact with the Taliban. In Afghanistan, India needs the longue durée—patience, perseverance and long-term engagement, and forceful diplomacy to win cooperation with Afghanistan’s other major regional stakeholders.