The Other Side of the Hill 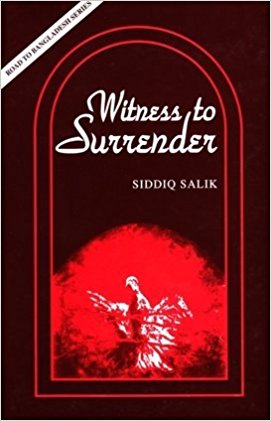 Siddiq Salik, one time lecturer and journalist joined the Pakistan Army as Public Relations Officer and his tour of duty got him to Dacca in January 1970. He remained there until taken as a prisoner of war to India where he spent two years mulling over the fiasco that his bosses had so callously brought about. It is to the memory of United Pakistan that Salik addresses his well compiled, racy and readable book making every effort to play down his professional viewpoint and make a fair assessment which unfortunately has not been always possible, perhaps because of the residual bitterness and his strong cultural and patriotic affiliations. Quoting extensively from personal notes and obser­vations as also from newspaper clippings which fit his line of thought, Salik at times evades some obvious conclusions and at times comes up with some surprising ones. Whether his convictions were modified to suit publishing requirements in Pakistan is difficult to say. Nonetheless, no mind­-bending is necessary to understand the purpose of the first part of his effort which sketches the political drama culminating in the military crackdown.