The Ontology of Indian Cinema 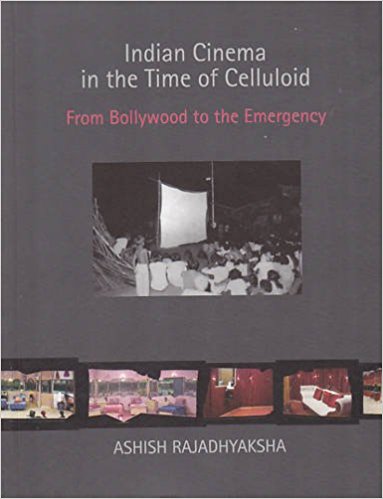 The Ontology of Indian Cinema
Subhajit Chatterjee
INDIAN CINEMA IN THE TIME OF CELLULOID: FROM BOLLYWOOD TO THE EMERGENCY by Ashish Rajadhyaksha NA, 2010, 441 pp., 995
March 2010, volume 34, No 3

Ashish Rajadhyaksha’s Indian Cinema in the Time of Celluloid published by Tulika Books is a major event in interdisciplinary scholarship on cinema and academy oriented independent publishing, both of which have gained considerable foothold in India in the last two decades. The work provides an insight into the recent intellectual trajectories of a pioneering scholar in the field and more importantly proposes major theoretical and methodological shifts in academic practices of Film Studies in South Asia. While some of the arguments presented in the book have been familiar to scholars working in related areas owing to the author’s shorter publications through the last decade, the finished volume provides a more coherent image of his extensive research project. The work’s central argument and its myriad corollaries may seem provocative at times but the very expanse and rigour of these formulations necessitate discursive engagement from any serious researcher in the field.

Despite the somewhat misleading title, this book is not intended as a revisionist history of Indian cinema or as an analysis of indigenous film forms within a specific period. The project itself is far more ambitious, seeking to provide a definitive account of Indian cinema, a possibility Rajadhyaksha feels is often obscured by academic schism between two dominant paradigms in Film Studies,—‘textuality theory’ and studies of industrial and reception practices. He attempts to overcome this ‘intractable divide’ through a self-admittedly ‘theoretical’ account that offers an overarching explanation for myriad, discrete ‘effects’ that Indian cinema produces across disparate spatio-temporal boundaries. I would describe such a narrative as ‘ontological’ owing to the author’s perceived urgency in enumerating the fundamental conditions for the existence of Indian cinema, in face of its alleged material insignificance.