The National and the Local Analysed 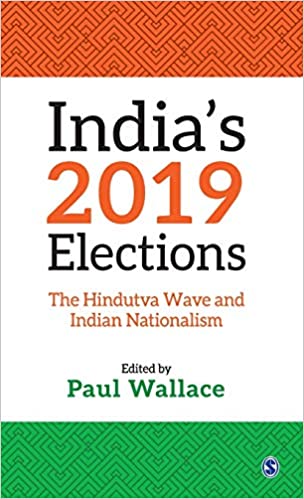 India’s 2019 elections result deepened the fundamental transformation of politics since 2014. The BJP not only witnessed a surge in quantitative terms but it also penetrated into new territories that were largely dominated by regional parties. The Party could gather support across social groups transcending the barrier of caste, class and gender. It swept the elections across States in North India (except Punjab) and Western India and could penetrate into States of the East like West Bengal and Odisha. Tamil Nadu, Kerala and Andhra Pradesh in South India could bypass the national trend as BJP failed to win a single seat in these States. However, the BJP could maintain its dominance in Karnataka and make significant inroads in Telangana. The Party’s performance was remarkable in North East India and the Party could neutralize the opposition to Citizenship Amendment Bill (CAB) in the region. The book under review by Paul Wallace attempts to account for factors that explain the depth and extent of the mandate in favour of the BJP.

Wallace argues that the victory of the Congress Party during the Vidhan Sabha elections for Madhya Pradesh, Rajasthan and Chhattisgarh held in December 2018 coupled with a growing sense of poor economic performance since the coming in of the Modi Government did create a moment of optimism for the Opposition but was short lived. Wallace emphatically offers two factors as explanation: ‘muscular Hindu nationalism with its parivar of devoted organizations and “There Is No Alternative” (TINA) emphasizing the leadership gulf between the charismatic Modi who clearly dominates his party and a comparatively ineffectual set of opposition leaders’ (p. 2). He writes, as the BJP unleashed a gigantic ‘presidential-plebiscitary campaign’ led by the Modi-Shah duo, ‘they succeeded in a large measure in invalidating a weak Rahul Gandhi and his Congress party as the national alternative to a strong Modi—
“the Chowkidar” (watchman)—and his BJP’ (p.  2).