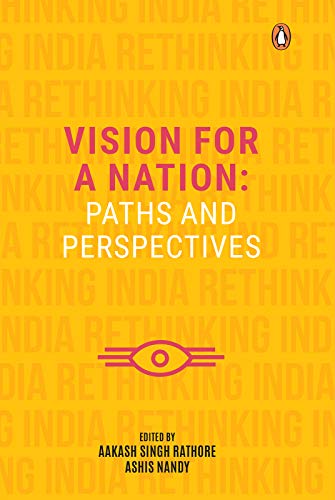 The 2019 General Elections confirmed the hypothesis that the broad consensus over the ‘idea of India’ forged at the time of Independence no longer holds and a fundamental shift has taken place in favour of values that are the antithesis of this consensus. Neither the values of secularism, socio-economic justice and individual liberties in a democracy as etched out in the Constitution, nor the idea of the nation as a civilizational ‘unity in diversity,’ enjoy popularity. They are getting replaced by a majoritarian illiberal electoral democracy and militant Hindu supremacist nationalism. Such an assessment poses two questions: one, why has such a shift taken place; and two, what can be done, i.e., what would be the contours and components of an alternative vision for India which can build a new and broad overlapping consensus capable of challenging the present hegemonic formation. The larger project, of which this book is a part, undertaken by the Samruddha Bharat Foundation is meant as an answer, particularly to the second question. The agenda of this book, the first in a set of fourteen volumes, is to elaborate those fundamental norms and values which can be the basis of the alternative vision. The subsequent volumes are to apply these norms in advocating specific solutions of policy proposals and governance reforms capable of effecting structural change.

Such an intervention—theoretical yet accessible, is timely. The editors bring together reflections drawn from a range of ideological positions, expert domains and activist experiences. The volume expectedly is multi-tonal with diverse narrative styles.

Taken together, the essays reflect on the basis of shared national belonging and the principles required to sustain this sense of belonging among Indians. While the editors identify self-reflection and diversity as key civilizational principles which explain its survival and creativity, GN Devy finds love and compassion, further related to nonviolence, tolerance and truth, as common to all imaginations of India and representing the best, though not only, values of the tradition whereas Shashi Tharoor identifies a civilizational impulse towards unity in a land of no majorities. Nationalism is understood as forged by a composite culture created by shared living (Syeda Hameed) or through the freedom struggle offering an alternative model of patriotic unity to exclusivist western conceptions (Sitaram Yechury).